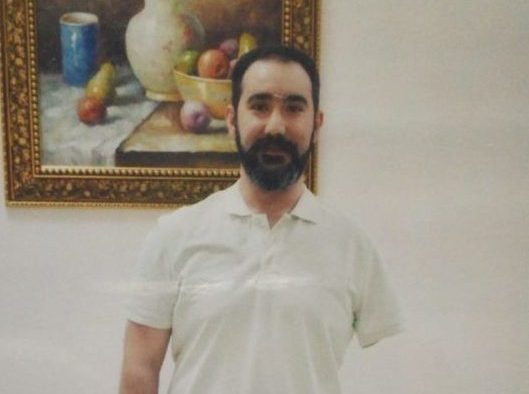 Bilal Danış (30), a former public servant in the western city of Izmir who was arrested in November 2016 and convicted on bogus terrorism charges, is being kept in prison despite a disability and suffering from gastric bleeding, Bold Medya reported.

According to his mother, Mukadder Danış, her son experiences constant stomach pain and bleeding, but his treatment has been put on hold for the past seven months because of the coronavirus pandemic. “He pleaded for help during our telephone conversation yesterday. None of the prison authorities are helping him, and his petitions are left unanswered,” she said. Danış is also disabled due to a traffic accident in 2010 in which he lost an arm.

Danış was dismissed from his job and arrested for alleged membership in the Gülen movement. The Turkish government accuses the movement, a religious group inspired by Turkish cleric Fethullah Gülen, of masterminding a coup attempt in July 2016 and labels it a terrorist organization. The movement strongly denies involvement in the coup attempt or any terrorist activity.

According to the Turkish criminal code, disabled prisoners are allowed parole in the last three years of their sentence. Danış, who will have been in prison for four years in November 2020, should be granted parole according to this law. However, the İzmir Katip Çelebi University Atatürk Research Hospital refuses to give him the necessary medical report for a parole application.

Danış’s doctor said there were multiple polyps in his colon due to stress and that there was a risk the polyps could become cancerous. “He is in constant pain and is losing a lot of weight. He has not received treatment since March, and his health is steadily deteriorating,” said his mother.

The violation of prison inmates’ basic rights in Turkey is one of the topics raised frequently by activists and human rights defenders. According to the Human Rights Association (İHD), there are currently 1,605 sick prisoners in Turkish prisons, 604 of whom are critically ill. Although most of the seriously ill patients have forensic and medical reports deeming them unfit to remain in prison, they are not released. Authorities refuse to release them on the grounds that they pose a potential danger to society. In the first eight months of 2020, five critically ill prisoners passed away because they were not released in time to receive proper medical treatment.

Following the coup attempt, the Turkish government declared a state of emergency and launched a massive crackdown on followers of the Gülen movement under the pretext of an anti-coup fight. Over 540,000 people were detained on terrorism-related charges, more than 80,000 were arrested or imprisoned and over 150,000 public servants were summarily removed from their jobs.