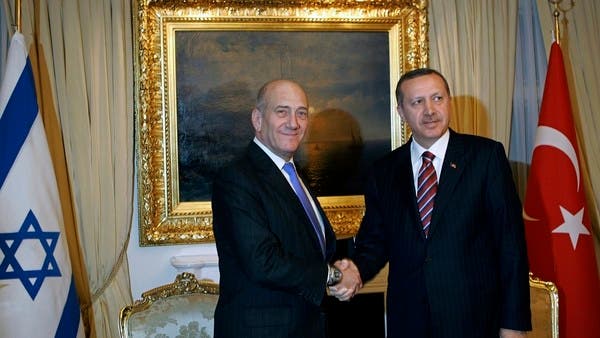 Turkey ramped up its criticism Friday against Arab states normalizing ties with Israel, despite Ankara long having its own diplomatic and trade tries with Tel Aviv, including being one of the first Muslim-majority countries to recognize the state of Israel.

Its ties with Israel date back to the early 50s when the two countries’ leaders would meet covertly.

Turkey went back and forth in downgrading diplomatic representation with Israel over the years, but it continues to maintain its relationship with Israel.

More recently, Turkish President Recep Tayyip Erdogan has attempted to portray himself as a champion of the Palestinian cause.

Erdogan has lashed out at Arab states, specifically the United Arab Emirates and now Bahrain, for their agreements with Israel to normalize ties.

On Friday, Turkey said Bahrain’s move to establish ties with Israel would deal a fresh blow to efforts to defend the Palestinian cause.

“It will further encourage Israel to continue illegitimate practices towards Palestine and its efforts to make the occupation of Palestinian lands permanent,” a Turkish Foreign Ministry statement said.

Read more: It’s time for Palestine to stand with its Gulf friends against Turkey, Iran, Qatar

A similar stance was taken when the UAE announced its deal with Israel last month. At the time, Turkey said history would never forgive the UAE’s “hypocritical behavior” in agreeing such a deal, which recasts the order of Middle East politics.

Erdogan went as far as threatening to pull Turkey’s ambassador to the UAE and cut diplomatic relations.

UAE Minister of State for Foreign Affairs Anwar Gargash cited Turkey receiving over half a million Israeli tourists per year, billions of dollars’ worth of bilateral trade and an existing embassy there. “And I ask myself whether this is a principled position or not [from Turkey],” Gargash said in a recent interview.

One year earlier, Turkish exports to Israel amounted to $4.02 billion. It imported $2 billion worth of products.

“Turkey’s policy appears to be ‘do as I say, but not as I do,’” Firas Maksad, an adjunct professor at George Washington University, said.

Coronavirus: 1 in 5 Israelis who went to Turkey were infected with COVID-19
NAT 22nd November 2020

Coronavirus: 1 in 5 Israelis who went to Turkey were infected with COVID-19