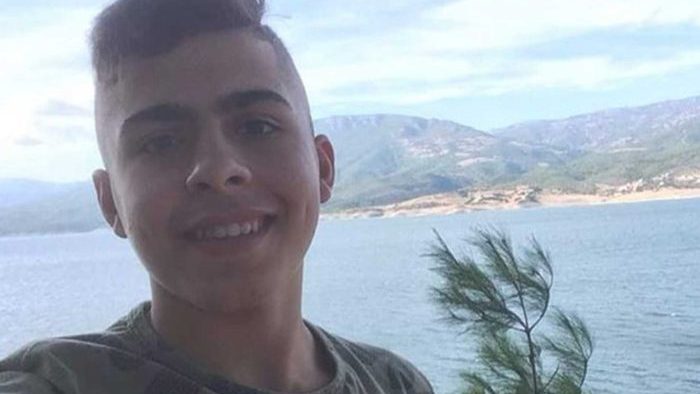 Sixteen-year-old Syrian Eymen Hammami was stabbed to death in an alleged hate crime in the northern city of Samsun on Sunday, the Evrensel daily reported.

Hammami’s brother, İbrahim Hammami, witnessed the incident and said: “Four people stopped us with their car and started shouting racist insults. They told us to get out of this country and go back to where we came from. They left and returned with 20 people. We want the suspects to be found and for justice to prevail.” Ibrahim Hammami said two people had knives, and he went to call the police who were passing nearby. “When I returned, I found my brother lying in blood.”

According to Hammami, his brother sustained multiple stab wounds. “The attackers were all young, and we had seen them before. We have been living in Samsun for nine years and never had problems with anyone.” Eymen Hammami’s autopsy report has not yet been released.

Syrian refugees in Turkey have been increasingly targeted by hate speech and hate crimes and are blamed for many of Turkey’s social and economic troubles. According to Soner Çağaptay, director of the Turkish Research Program at The Washington Institute for Near East Policy, emerging opinion leaders with large online followings have been especially important in normalizing anti-Syrian attitudes.

“Syrians Barometer 2019: A framework for achieving social cohesion with Syrians in Turkey,” prepared by the UN Refugee Agency (UNHCR) and the Turkish-German University Migration and Integration Research Center and published this month, reported that Turks are increasingly feeling hatred and anger towards Syrians. Nearly 42 percent of the population said that Syrians were potentially dangerous people who were a burden on the country. More than half of participants argued for a ghetto-type arrangement, where Syrians would be separated from the rest of the society. Overall, the number of people who believe Syrians are “victims of war” has dropped from 57.8 percent to 35 percent.

A report by the Hrant Dink Foundation cites Syrian refugees as one of the top three groups targeted by hate speech in the Turkish media. Yılmaz Özdil, a columnist popular with supporters of the Republican People’s Party (CHP), alleged in his column that Syrians were forming gangs, setting up illegal businesses and invading İstanbul and forcing Turks to move out of their neighborhoods.

According to Çağaptay, accounts owned by public figures or anonymous individuals frequently spread false stories about Syrians harassing, raping and even murdering Turkish citizens. As a result, there have been various campaigns on Turkish social media where users shared posts with such hashtags as #ülkemdesuriyeliistemiyorum (I don’t want Syrians in my country) and #SuriyelilerDefoluyor (Syrians get out).

Previous Article
More than 36,000 people faced criminal investigation for insulting President Erdoğan in 2019
Next Article
Turkey’s virus deaths rise to levels not seen since May