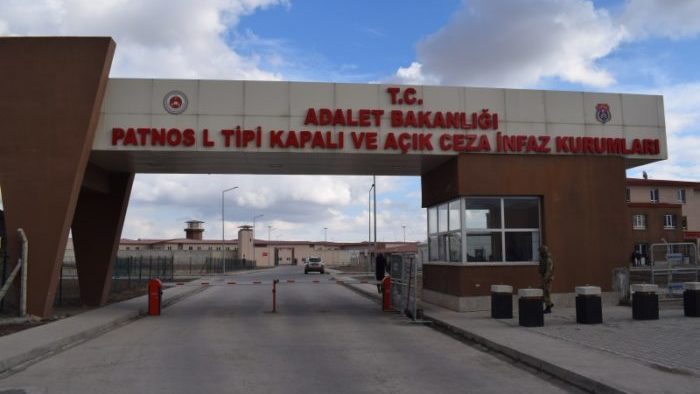 Four prisoners have died in Patnos Prison, situated in the eastern Turkish province of Ağrı, raising concerns over the violation of rights of sick prisoners amid the COVID-19 pandemic, Bold Medya reported.

According to a parliamentary question posed by pro-Kurdish Peoples’ Democratic Party (HDP) deputy Abdullah Koç, a total of 38 inmates have died in the first nine months of this year. Koç requested an investigation into the deaths and possible violations of inmates’ rights as four of the deaths took place in Patnos Prison.

Requests were reportedly made for the release of the four inmates to the Constitutional Court prior to their death, all of which were unanswered. One of the deceased inmates, Ali Boçnak, was issued a report by the forensic institute stating he was fit to remain in prison.

Families of inmates expressed panic over the numbers, and most of them have said that they cannot reach the authorities to learn about the health of their loved ones. One of these inmates is journalist Aziz Oruç, whose wife Hülya Oruç said they were left in the dark by the prison administration.

According to Hülya Oruç, they felt dehumanized by the prison administration, which would not even take inmates to the hospital. “It is clear that only certain inmates are being penalized, those who are political prisoners,” she said.

Koç claimed there were systematic violations of inmates’ rights in Patnos Prison. “Our requests to the Ministry of Justice and prison administration asking for an investigation of these claims have been left unanswered. We demand that these violations immediately end,” he said.

A purge of thousands of dissidents in the aftermath of a coup attempt in July 2016 has filled Turkey’s prisons, which today are overcrowded with tens of thousands of political prisoners.

Amnesty International and 26 other rights groups and civil society organizations from Turkey and around the world released a joint statement in March calling for the release of Turkey’s political prisoners, particularly those with a high risk of complications due to COVID-19, caused by the novel coronavirus.

The statement echoed previous calls on the Turkish government by rights defenders to relieve the overcrowded prisons and protect the lives of prisoners who are at high risk of infection. “In Turkey, anti-terrorism legislation is vague and abused in trumped up cases against journalists, opposition political activists, lawyers, human rights defenders and others expressing dissenting opinions,” the statement said.

Following the coup attempt, the Turkish government declared a state of emergency and launched a massive crackdown on followers of the Gülen movement, a faith-based group inspired by Turkish cleric Fethullah Gülen, under the pretext of an anti-coup fight. Over 540,000 people were detained on terrorism-related charges, more than 80,000 were arrested or imprisoned and over 150,000 public servants were summarily removed from their jobs for alleged membership in or relationships with “terrorist organizations.” The purge mainly targeted people who were allegedly affiliated with the Gülen movement but included other people from a wide variety of backgrounds as well.