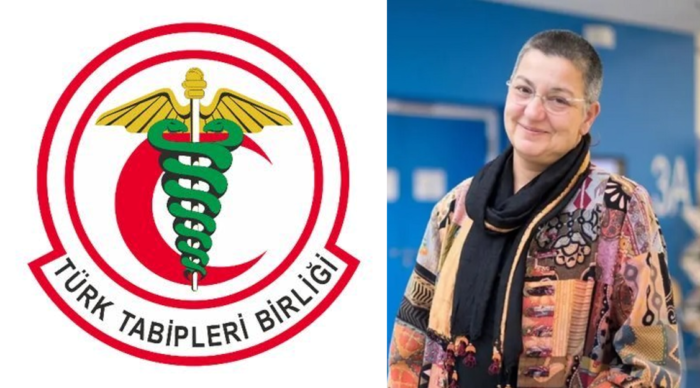 Turkish President Recep Tayyip Erdoğan on Wednesday called on parliament to pass a law regulating professional chambers and associations in order to decrease their influence in the country, Turkish Minute reported.

Speaking to members of his ruling Justice and Development Party (AKP) at its group meeting in parliament, Erdoğan openly targeted the Turkish Medical Association (TTB), which has been critical of his policies, mainly with regard to COVID-19.

“We have to do the same thing for the TTB and other professional associations that we did for multiple bar associations. We have to take this step since we have run out of patience,” the president said, calling for immediate action in parliament.

Parliament in July passed a law that changed the structure of Turkey’s bar associations. Under the law, instead of a single organization, multiple bar associations can be formed in every province in the country. The AKP argument behind the provision was to enable better representation of lawyers. Most lawyers, however, saw the move as an attempt to further undermine judicial independence in Turkey.

Like bar associations, medical chambers are among the few organizations critical of the government, recently lambasting the AKP for its handling of the coronavirus pandemic. From the very beginning of the outbreak, the TTB has claimed that the AKP was hiding the real scale of the pandemic in a bid to keep the economy moving.

Finally, Health Minister Fahrettin Koca had to admit on September 30 that the government was only sharing the number of positive COVID-19 cases with symptoms. Koca’s bombshell revelation came after the disclosure of official documents by a deputy from the main opposition Republican People’s Party (CHP) who said official data recorded case numbers 20 times higher than what was being announced to the public.

In his speech during the parliamentary group meeting Erdoğan argued that the associations were “clearly acting in a way that contravened the constitution” and that the problems with these organizations had “reached an unbearable level.”

“You [TTB] are electing a member of a terrorist organization as head of the TTB. It cannot be the job of a professional association to fight against national values and release statements on issues beyond its area of responsibility,” Erdoğan said.

An academic and well-known rights activist, Fincancı was acquitted of terrorism in July of last year. She was briefly jailed in 2016 after being accused of disseminating terrorist propaganda and incitement to crime after guest-editing Özgür Gündem, a newspaper focusing on Kurdish issues. The TTB chair was also among more than 2,000 academics who in 2016 signed a petition titled “We will not be a party to this crime” that criticized Turkish security forces for using heavy weaponry in Turkey’s predominantly Kurdish-populated Southeast and urged the AKP to lift a series of lengthy curfews imposed there. Most of the signatories faced court cases, dismissal from their jobs, travel bans and the seizure of their passports shortly after Erdoğan labeled them as “terrorists.”

As happened in other cases, the TTB was initially targeted in September by Erdoğan ally Devlet Bahçeli, leader of the Nationalist Movement Party (MHP), whose proposals have subsequently been supported by AKP figures.

Bahçeli has called for the closure of Turkey’s top medical association and legal proceedings against its executives. The MHP leader accused the TTB of treason for its criticism and calls for protest against the AKP’s pandemic policies.

“The TTB is as dangerous as the coronavirus and is issuing threats. The association, which has the word ‘Turkish’ in its name, should immediately and without delay be shut down,” Bahceli tweeted at the time.

The passage of such legislation is highly likely as the AKP-MHP partnership, called the “People’s Alliance,” has a majority in parliament.

In an April 2017 referendum, Turkey’s parliamentary system of governance was changed to an executive presidential system that has provided Erdoğan with sweeping powers, thanks to the alliance between the two parties.