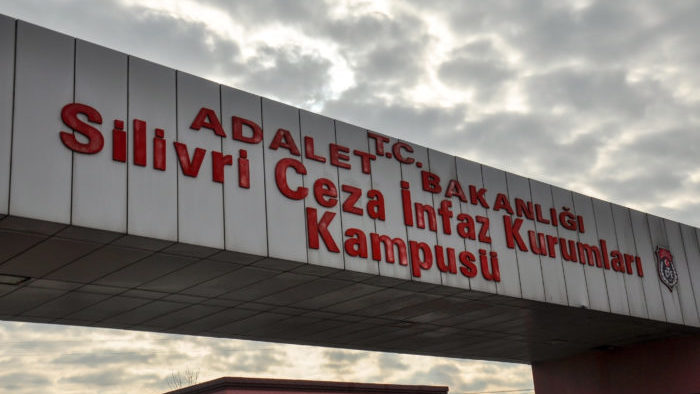 An inmate from Turkey’s Silivri Prison in a letter to various institutions talked about how 35 to 45 people were made to stay in wards designed for seven and the shortage of food and other daily necessities, Turkish Minute reported.

“They keep us here together in this overcrowded place, ruthlessly, and treat us worse than animals, leaving us here to die,” said the inmate to describe the situation in a ward at Silivri Prison, where all 44 inmates have been infected with the coronavirus.

Bünyamin Güler, a journalist from TV5’s Ankara office, shared the petition on his Twitter account on Thursday, saying: “A letter arrived from Silivri Prison. I just want you to take two minutes and read it. What’s going on in [Turkish] prisons?”

The inmate described his poor living conditions that amount to torture in a petition he wrote to inform the Turkish parliament and justice and health ministries as well as human rights associations of the situation.

According to the petition, during the 51 months he has spent behind bars between 35 and 45 prisoners are kept together in the Silivri Prison ward he is in, which was designed to hold only seven people.

The inmate also reported an extreme shortage of food and proper hygiene in the ward due to the overcrowding.

“Almost every day, we only receive seven rations of food for around 40 people. We only have two bathrooms and one kitchen sink, which creates tension between the prisoners who have to wait all the time to take care of their basic needs.”

Referring to the treatment more than 40 prisoners received for the coronavirus infection, the inmate said they were each given “12 pills in a plastic bag with no name and packaging, without a doctor’s approval.”

The inmate also claimed the treatment was an attempt by the prison officials to “conduct a mass medical experiment that could result in mass death due to systematic torture.”

“Being incarcerated under all these [poor] conditions is a crime according to both national and international accords and is also a life-threatening situation,” he said.

Ömer Faruk Gergerlioğlu, an opposition member of the Turkish parliament and a rights activist, announced in May that a total of 191 inmates in Silivri prison had contracted COVID-19.

Although Turkey’s Justice and Development Party (AKP) government adopted a law in April to release thousands of inmates to ease overcrowding in jails and protect detainees from the coronavirus, it excluded political prisoners, a large number of whom are kept in Silivri Prison.

As part of a crackdown launched by President Recep Tayyip Erdoğan in the aftermath of an attempted coup in 2016, Turkey has jailed tens of thousands of people on terror-related charges. Most of them were merely critical of the government and had not engaged in any criminal activity.

Previous Article
France should grow up and apply liberté, égalité, fraternité to all of its citizens
Next Article
France to ban Turkish ‘Grey Wolves’ after defacement of Armenian memorial