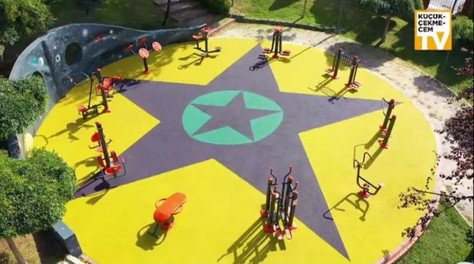 A man interviewed in the street is placed under house arrest and eventually goes to prison for criticising the government’s economic policies. His son says he was arrested for speaking his mind, and wants him freed “as soon as possible.” A playground in Istanbul is targeted because its redesign somewhat is a reminder of the outlawed PKK. Prosecutors open an investigation.

Istanbul (AsiaNews) – A man was placed under house arrest and later put in jail for openly criticising the government and the ruling Justice and Development Party (AKP)[*] on television.

This has raised questions in parliament, sparked concerns among civil society groups over rights and freedom, and confirmed the fears of activists and NGOs that the country is going down a path of repression and intimidation, casting a dark shadow over President Recep Erdoğan’s version of nationalism and Islam.

Following the incident, Hüseyin Kaçmaz, an MP for the People’s Democrat Party (HDP)[†], submitted a parliamentary question to Turkish Vice President Fuat Oktay asking if it is normal to investigate and arrest people who criticise the AKP and its leader, President Erdoğan.

The affair began on 24 October in the city of Antalya, south-western Turkey. On that day, İsmail Demirbaş (pictured) was one of many people interviewed in the streets.

“After he criticised the economy and the government in a street interview, the house of 49-year-old İsmail Demirbaş was raided and he was taken into custody,” Kaçmaz said.

“Following his detention, he was placed under house arrest. After he criticised the government again in a second street interview, this time he was arrested and detained” in a flagrant violation of Article 26 of the constitution, which says that “Everyone has the right to express and disseminate his/her thoughts and opinions by speech, in writing or in pictures or through other media” without fear.

Speaking to the Gazete Duvar newspaper, İsmail Demirbaş’s son Melih defended his father. He “did not do anything wrong. He has suffered so much because he expressed his opinions. [. . .] Unfortunately, in the country where we live, people are arrested for expressing their own opinion. I want my father to be released as soon as possible.”

According to the most up-to-date information, more than 100,000 investigations have been launched against people for allegedly criticising Erdoğan and the government. As a result, some 30,000 people were taken to court.

Detaining lawyers, activists, suspected “Gulenists” and ordinary citizens is no longer a rare event in Turkey anymore. To stand up the violence and the abuses, many lawyers have gone on a hunger strike.

In late August, Ebru Timtik, a leading human rights activist convicted of membership in a criminal organisation, starved herself to death after going without food for 250 days. Her death caused an outcry.

One of the latest incidents in the government crackdown concerns the renovation of a playground (picture 2) in Küçükçekmece, an Istanbul borough.

After the work was completed, state authorities opened an investigation because the new layout resembled the symbols of the outlawed Kurdistan Workers’ Party (PKK)[‡] whose leader Abdullah Öcalan has been in prison for years.

Despite being named after Mustafa Kemal Atatürk, the founder of modern Turkey, a court ordered it closed, and the offending symbols were removed.

To get to the bottom of the case, the public prosecutor opened an investigation to find out who was responsible for the project, who approved it, and if there any links to “terrorism”.

The Republican People’s Party (CHP),[§] which runs the municipality, later issued an “apology” for the original design and quickly offered to redo the playground.