Is Erdoğan sincere about new reforms move this time?

Is Erdoğan sincere about new reforms move this time? 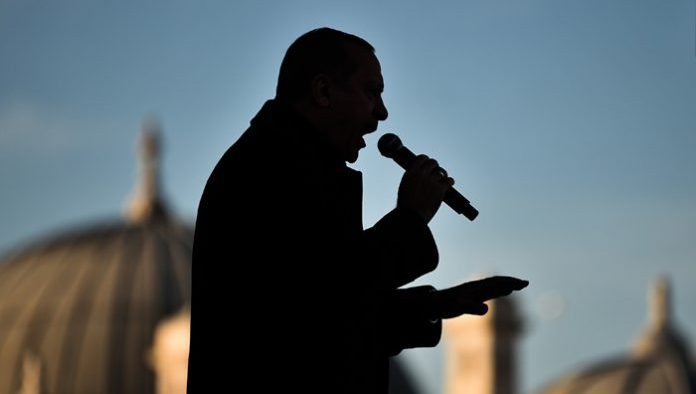 When I was listening to President Tayyip Erdoğan’s speech on reforms on Nov. 17, I remembered a saying attributed to Nevzat Tandoğan, the Ankara governor during the single-party system in Turkey in 1941: ‘If nationalism is needed, we will take it on. If communism is necessary, we will introduce it.”

The issue was not the measures against the coronavirus outbreak but reforms. It was like Erdoğan saying that “If the opposition is needed, we will take it on. What does it have to do with the opposition parties?”

As a matter of fact, he almost voiced this clearly in his speech: “Those who have not gone one step beyond the one-party system era fascism mentally are now even trying to make the outcome of our success in change and reform a taboo”. Erdoğan wants to tell the main opposition Republican People’s Party (CHP) that “If there are things to criticize, I will do it. It is none of your business.”

In the same speech, Erdoğan said his Justice of Development Party (AKP) “never digressed from its reform agenda” during its 18-year rule.
So, if the party had never lost its agenda of reforms, where did this recent need to take reform steps in the economy, politics and judiciary come from? Was there an election? Has the government changed? Or is it the result of the Covid-19 outbreak? Of course not.

Erdoğan quotes the “newly emerging conditions” to explain the contradiction between his remarks “We never gave up reforms” and “we are in need of reform.”

But first, Turkey is not the only country hit by the pandemic, it is all over the world. And if the president had not abruptly lifted the measures in June despite all warnings as if the disease over, the relative success in April and May would have been maintained.

Second, the economy was not in a good shape before the coronavirus spread, and most of the reform steps taken between 2002 and 2005 (with the help of the CHP) were long taken back. All these backsteps came with the support of the Fethullah Gülenists in 2010, as a reaction to the Gezi Park protests in 2013, as a reaction to the outlawed Kurdistan Workers’ Party (PKK) after the resolution process talks failed in 2015, and during the state of emergency rule following the coup attempt on July 15, 2016.

The “new conditions” are the product of all these. It cannot be attributed only to the pandemic or the economic failure that can no longer be hidden following the resignation of Berat Albayrak, Erdoğan’s son-in-law, as the Treasury and Finance Minister. The truth is the AKP under Erdoğan is struggling against the problems arising from taking back its reform steps one by one. Didn’t the AKP even test the waters for the annulment of the contract for the prevention of violence against women, which had been introduced by itself?

What happens during a time of judiciary reform

Let’s see whether Justice Minister Abdulhamit Gül, who ordered the investigation of the personnel files of the judiciary members who have kept Osman Kavala under arrest (for 1113 days as of today) right after the resignation of Albayrak, will take steps in this matter? Or is considering such threats within the scope of free speech the first step in reforms?

On the same day, police officer Y.Ş., who was tried in the case of Kemal Kurkut, who was shot in the back while going to the Nevruz celebration in Diyarbakır in 2017, was acquitted “on lack of evidence.” There is a photograph of the police officer with a gun in his hand taken on the moment of the shooting. According to his lawyer, the prosecutor thinks it was an accident.

Istanbul Mayor Ekrem İmamoğlu from the CHP ranks faces an investigation due to the posters he hung in the city. İzmir Mayor Tunç Soyer, still from the CHP, faces a gag order on the Oct. 30 earthquake that claimed 116 lives. So if the opposition is silenced, the freedom to criticize will also be practiced by the president!

Researcher İbrahim Uslu, who was in Erdoğan’s close circle until recently stated in his article in Gazete Pencere on Nov. 18 the “distrust” for the government’s reform discourse in the party grassroots. He also wrote that the first things to do are “to admit that mistakes were made” and “to prove to the voters” that “lessons have been learned.”

In my opinion, the fact that Joe Biden was elected in the U.S. also has a share in all these developments. Erdoğan does not refer only to the Covid-19 issue when he says “the world is changing.” He finally saw that the way to recover the economy was to find a new basis for relations with the U.S. and the EU. But it is not possible to implement the reforms he promised under the Presidential Government System, an invention of Erdoğan and Bahçeli. A strong parliament, an independent judiciary and an independent press are needed.

Therefore, Erdoğan’s reforms are just words hanging in the air, he is not sincere.

Or it is all about that mysterious someone out there and that someone is stirring the pot. Until a few years ago, we were named bad when we said it was Fethullah Gülenists. Now it seems that it is someone else. Now they take their turn to “trick Erdoğan.” If you buy it.