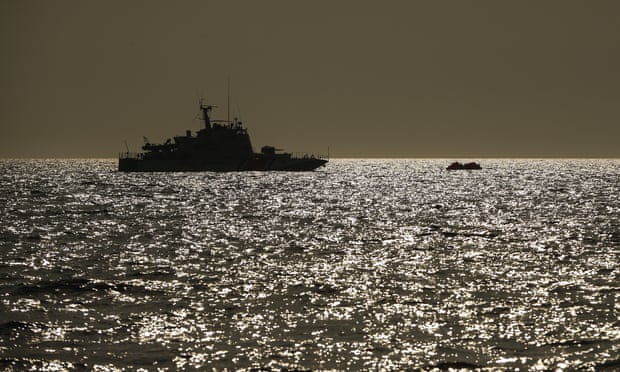 In the latest allegation that Greek authorities are illegally expelling refugees , lawyers will this week file a case at the UN human rights committee on behalf of a Syrian man living in Germany, who says he was picked up and sent to Turkey while he searched for his brother in Greece.

The 26-year-old told the Guardian that he had been detained and forced into a boat to Turkey in November 2016. His papers were confiscated which meant he was not able to return to Germany, where he had been granted asylum, for three years.

The man – who has not been named – said he flew to Greece after he heard that his 11-year-old brother had tried to follow him to Europe but had disappeared crossing the border from Turkey to Greece.

“All I could think about was my brother,” he said. He travelled to a small town in the north-east Evros region where the boy had last been heard of and started showing people his photograph, hoping to trigger someone’s memory.

It was at this point that three policemen picked him up and took him to a detention centre, he said. Greek authorities confiscated his identification papers, strip-searched him and put him in a cell with around 50 other detainees . He said he saw families with children in one cell, and he also identified German-speaking officers at his detention.‘Catastrophe for human rights’ as Greece steps up refugee ‘pushbacks’Read more

The man said that late at night he was taken by authorities to the border with other detainees and put on a small boat across the Evros/Meriç River to Turkey. Hours later, the group were picked up by the Turkish military.Advertisement

Distraught and without his documents, he eventually reached the German embassy in Istanbul a few days later, where he tried to explain how he had ended up there when only days before he had been at home in Germany.

It was three years before his documents were reissued. During this time he attempted to cross back to Greece and was pushed back 11 times. He finally made it to Athens, where he relied on the kindness of strangers to survive. He found a lawyer through Greek NGO Human Rights 360, and he was finally able to return to Germany last year and his residency was reissued in May.

“There are so many people who are oppressed and face great injustice … others should know about this,” he said. He still hopes to hear news of his young brother, who remains missing.

Amanda Brown, a researcher at the Global Legal Action Network (Glan) who has worked on the case, said it was “an emblematic and aggravated example of Greece’s clandestine deportation apparatus”.

She added: “A legally present foreign national is apprehended, solely due to his race and national origin. He is then stripped of his documentation, subjected to an enforced disappearance, and violently expelled overnight to a country he did not come from. He is then forced to endure repeated instances of border violence until he can recover his documents and return home years later.

“Even his EU asylum status, which Germany had granted him, couldn’t protect him. This approach to migration governance is inhuman and manifestly unlawful.”

Forensic Architecture, based at the University of London, has digitally recreated the alleged pushbacks from Greece to Turkey. “Our research confirms that pushbacks in the Evros/Meriç border are both systematic and widespread,” said Stefanos Levidis, project coordinator at Forensic Architecture.

“What emerges is a picture of a violent practice where beatings are customary, at times amounting to torture, and which relies on a wide network of state and EU border defence infrastructure as well as the deadly river landscape itself,” he said.

Valentina Azarova, a legal adviser to Glan, who is filing this case with Human Rights 360, said she hopes it will result in accountability. “Instances before the Greek public prosecutor and administrative courts have failed because Greek authorities have persisted in denying that such incidents are even occurring,” she said.

“This state-sanctioned policy of summary expulsion and enforced disappearance along the Evros border is an abuse of power by the Greek state – for both systemically perpetrating such illegal acts without an institutional trail, and for actively concealing evidence of the abuses and denying the claimant and countless others access to justice.”

The Greek ministry for migration and the Greek police did not respond to a request for comment.