A bumpy path for Turkey and Russia

A bumpy path for Turkey and Russia 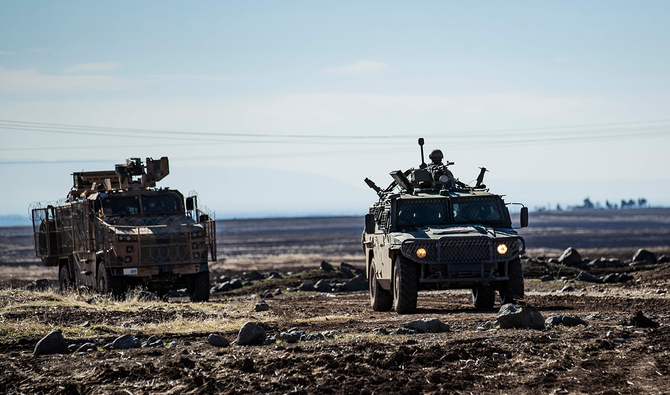 Turkey’s cooperation with Russia has followed a fluctuating course. Cooperation in the Caucasus is carried on more or less satisfactorily, at least for the moment. We do not yet know how it may evolve. There are risks, but also opportunities.

Russian President Vladimir Putin has been unsparing in his praise for the Turkish President Recep Tayyip Erdogan, though it was mainly confined to the latter’s steadfast attitude regarding Turkey’s purchase of the Russian S-400 missile defense system.

On the crucial issue of the legal status of Nagorno-Karabakh, Putin repeated — to Turkey’s and Azerbaijan’s relief — that “according to international law, this autonomous region is the territory of Azerbaijan.” Turkey has ambitious expectations for cooperation with Azerbaijan. The contribution it has provided to Azerbaijan’s war efforts during the recent Azeri-Armenian clashes demonstrated its value. Both Baku and Ankara would be eager to build on it.

Turkish-Russian cooperation in Syria is nearing its limits. A Russian attack in October on a training camp of Faylaq Al-Sham, a Turkey-supported armed opposition group in Syria, dealt a heavy blow to Turkish-Russian cooperation. The attack cost the lives of at least 78 fighters and wounded over 100. Turkey’s reaction to the attack was confined to “noting” the incident.

This attack was important for Turkey, because the Faylaq Al-Sham fighters were, in the past, recruited and equipped by Turkey and the US. In 2016, Turkey benefited from the support of this group in the first military operation in Syria, the Euphrates Shield, and helped expel Daesh fighters from the region. But Turkey’s main purpose in this operation was to expel the fighters of the Syrian Democratic Forces, a US-supported group of fighters whose backbone is composed of the Kurdish fighters of the People’s Protection Units (YPG), the military branch of the Democratic Union Party (PYD), the strongest Kurdish political party in Syria.

Faylaq Al-Sham was also part of Turkey’s operation Olive Branch in Afrin province at the beginning of 2018. A major attack on a fighting group that cooperated so closely with Turkey will leave bitter traces in Turkish-Russian relations.

In another development in Idlib, in the context of Turkish-Russian relations, seven out of a total of 12 Turkish observation posts were moved further north, to a place controlled by the Syrian opposition. The Turkish media kept totally silent about this for four days.

These posts were set up according to a decision in May 4 2017 by the Astana trio — Russia, Turkey and Iran. As a result of the Syrian regime troops’ advance north, these Turkish observation posts found themselves surrounded by hostile forces. There was harassment by the Syrian forces and the supply lines posed problems. Initially the Turkish government defiantly announced that “these posts will never be moved to any other place.” However, Russia may have persuaded Turkey, probably at the Syrian government’s behest, that the Turkish soldiers would be safer in these new locations.

After four days of media silence, a pro-government Turkish think tank, ORSAM (Center for Middle Eastern Strategic Studies), published an analysis explaining the advantages of the new locations and why their mission would be more efficiently carried out there. This silence tells a lot about Turkey’s difficulties on how to react to the Russian attack.

Another development in Idlib is the report of talks between Faylaq Al-Sham and the Al-Qaeda-linked extremist Abdullah Al-Muhaysini. It is unclear whether the contact was made with Turkey’s knowledge. If this turns out to be the case, it will cause further discomfort in Turkey-Russia relations, because Moscow is uneasy about the strengthening militant presence in Idlib.

There is also a US dimension in this contact. Under the Trump administration, the US has been in favor of any move that would disturb the Syrian regime. Therefore, it ignored — and even favored — this type of contact. But Joe Biden may look for ways to take on board Russia in Syria and oppose the consolidation of Salafists in Idlib. This may become another headache for Turkey to oppose combined Russian and American pressure.

Last but not least, another challenge that Turkish-Russian relations are likely to face is the Kurdish question. It has several facets, but the most important one is Russia’s efforts to mediate cooperation between Kurds and the Syrian government. The US is opposed to such cooperation. So Turkey may be squeezed between the US and Russian pressures on this issue too.

Previous Article
HDP faces being shut down after passing of controversial new law in Turkey targeting NGOs and civil society groups
Next Article
PCR: Gold Standard or House of Cards?