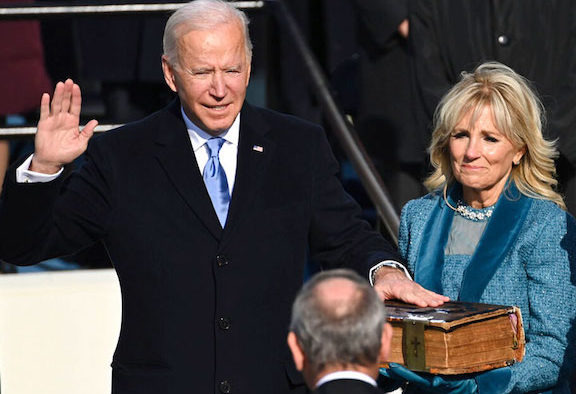 A veteran Turkish journalist with close ties to Ankara on Saturday highlighted a report on the strong presence of Jews in the cabinet of U.S. President Joe Biden, echoing the tendency for anti-Semitic discourse in Turkish pro-government media.

“The incoming always makes one long for the departed,’’ Milliyet columnist Hakkı Öcal said on Twitter, in reference to Biden and Donald Trump, respectively. Öcal is retired from U.S. government-funded outlet Voice of America in Washington after over two decades of service there.

The journalist’s tweet was posted alongside a clash report on the “over 50 percent Jewish presence in the new U.S. cabinet,’’ including names such as Secretary of State nominee Anthony Blinken and Deputy Director of the CIA nominee, David Cohen.

The report also pointed out that Jews make up less than one percent of the U.S. population.

But Biden’s team –  if all the nominees he has chosen are confirmed – is being touted as the most racially and ethnically diverse ever.

The cabinet is set to include six African Americans, four Hispanics, three Asian Americans and one Native American, according to the Washington Post, with the majority, at least eighth, being Catholic.

Such views are also held by Turkish President Recep Tayyip Erdoğan, who has gone on record to accuse the 2013 Gezi Park protesters of being provocateurs for the “interest rate lobby,” a network of Jewish financiers.