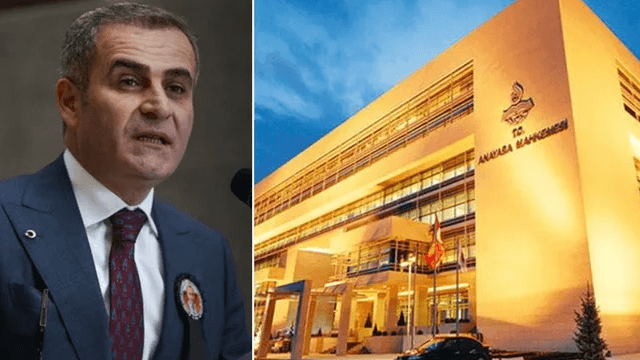 Turkish President Recep Tayyip Erdoğan assigned İrfan Fidan, known for its close ties to his ruling Justice and Development Party (AKP), as a member of the Constitutional Court on Friday.

Fidan’s appointment was published in Turkey’s Official Gazette on Saturday, and it came soon after the former chief public prosecutor of Istanbul was appointed to the Court of Appeals on Nov. 27 along with 11 other judges and prosecutors.

Throughout his time as Istanbul’s chief prosecutor, starting in 2015, Fidan conducted many critical investigations for the AKP.

Celal Çelik, lawyer of Turkey’s main opposition leader Kemal Kılıçdaroğlu, said that the elections for the Court of Appeals were postponed to allow for Fidan’s appointment to the Constitutional Court. Çelik added that some of the other judges in consideration for the position withdrew their candidancies.

Journalist İsmail Saymaz said Fidan was assigned to the Court of Appeals so he could be a top candidate for the Constitutional Court. Saymaz also said that as a next move, Fidan would be appointed to head the top court.

January’s appointment has shifted the balance in the court in Erdoğan’s favour. Out of the 15 members of the Constitutional Court, Fidan is the seventh who was directly appointed by Erdoğan, replacing one of six members appointed by former president Abdullah Gül. During Gül’s term as president, parliament appointed two members to the court, while under Erdoğan, it appointed one.

Summing up all appointments, the Constitutional Court currently appears to have eight pro-Erdoğan members and seven members appointed before him. The court’s current chairman was appointed by Gül.