62 people subjected to torture in Turkish prisons in February: report

62 people subjected to torture in Turkish prisons in February: report 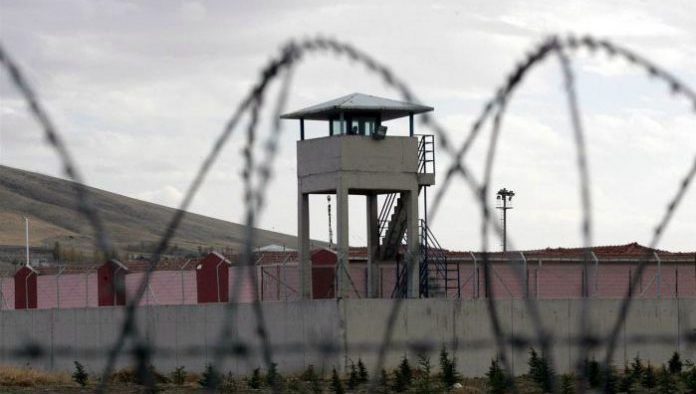 Sixty-two people were subjected to torture and ill treatment in Turkish prisons last month, according to the monthly Rights Violations Report prepared by Sezgin Tanrıkulu, a human rights defender and deputy from the Republican People’s Party (CHP).

February saw 33 femicides, Tanrıkulu, who also serves as deputy chairman of the Parliamentary Human Rights Commission, said in his report.

According to the February report on the Bianet news website, at least 12 politicians, including political party administrators, mayors and members of parliament, were arrested. Forty-five people faced detention or arrest over expressions of opinion, with eight people receiving convictions in February.

A total of 722 people were detained by Turkish police in February for participating in protests and demonstrations, Tanrıkulu said, adding that 39 people were put under house arrest and nine others were jailed.

Students and alumni of İstanbul’s Boğaziçi University as well as politicians and activists have since the beginning of January been protesting President Recep Tayyip Erdoğan’s decision to appoint Professor Melih Bulu, an unsuccessful candidate from Erdoğan’s ruling AKP for a seat in parliament, as the university’s rector.

The protestors, the majority of them university students, demand the release of previously detained and arrested demonstrators, the resignation of Bulu and the appointment of a rector from the university staff after the holding of an election.

According to the Turkish Interior Ministry, more than 800 protestors have been taken into police custody throughout Turkey since the start of the Boğaziçi protests.

Tanrıkulu had released a report in January which revealed that a total of 27,493 people were victims of torture and maltreatment between 2002, when the ruling Justice and Development Party (AKP) came to power, and 2020 and that 86 others died from such mistreatment.

Tanrıkulu published another report last week, saying nearly 7,000 women have been victims of femicide during the 18 years that the AKP has been in power.