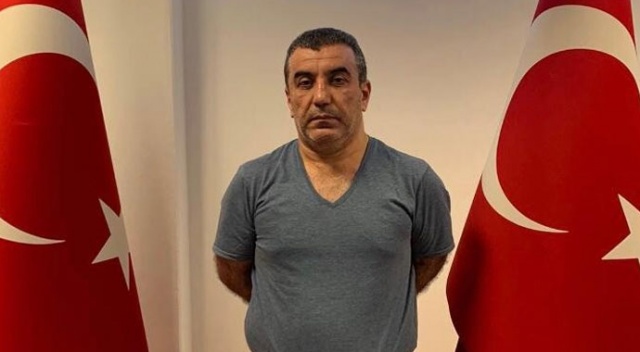 The New York-based Journalists and Writers Foundation (JWF) has called on the governments of Turkey and Cambodia to implement a decision against the Kingdom of Cambodia and the Republic of Turkey made by the United Nations Working Group on Arbitrary Detention (WGAD) in the case of an expelled educator.

According to Turkish Minute, during its 88th session, on November 26, 2020, WGAD concluded that the arrest, detention and forcible transfer of Turkish-Mexican national Osman Karaca in Cambodia on October 14, 2019 was arbitrary and in violation of international human rights norms and standards. The working group found serious human rights violations perpetrated by agents acting on behalf of the governments of Cambodia and Turkey.

WGAD said it had noted a significant increase in the number of cases brought to it concerning arbitrary detention in Turkey. The working group expressed its concern “over the pattern that all these cases follow,” recalling that “under certain circumstances, widespread or systematic imprisonment or other severe deprivation of liberty in violation of the rules of international law may constitute crimes against humanity.”

The working group requested that “the Governments of Cambodia and Turkey … take the steps necessary to remedy the situation of Mr. Karaca without delay and bring it into conformity with the relevant international norms, including those set out in the Universal Declaration of Human Rights and the International Covenant on Civil and Political Rights.”

The working group urged “both Governments to ensure a full and independent investigation of the circumstances surrounding the arbitrary deprivation of liberty of Mr. Karaca and to take appropriate measures against those responsible for the violation of his rights.”

Karaca, the Turkish-Mexican former director of a school run by the movement of US-based Turkish cleric Fethullah Gülen, who Ankara accuses of orchestrating a failed 2016 coup, was arrested by eight policemen while he was at a bank on Oct. 14 in the capital city of Phnom Penh.

Turkish President Recep Tayyip Erdoğan has demanded the extradition of various people tied to the movement — including staff at schools it funded worldwide. Gülen denies any connection to the abortive putsch.

At its peak the Gülen movement operated schools in 160 countries, from Afghanistan to the United States. Since the coup attempt, Turkey has pressured allies to shut down Gülen-run establishments.

Karaca, a former director of the Zaman International School, was arrested “at the request and at the behest of the Turkish authorities,” WGAD said.

Karaca was not informed of his rights at the time of arrest or about the charges against him and “was held until October 18, 2019, in a secret detention facility operated by the Government of Cambodia and by denying or concealing Mr. Karaca’s whereabouts or fate, the Cambodian authorities placed him outside the protection of the law, excluding the possibility of review of his situation by the domestic courts,” WGAD noted.

On October 18, 2019 Karaca was handed over to the Turkish authorities, which enabled his illegal transfer to Turkey on a special flight, landing in Turkey the following day, on October 19, 2019. Since October 25, 2019 Karaca has been held in solitary confinement, despite severe and life-threatening disabilities.

Previously, the Turkish government was accused by UN rapporteurs of engaging in the systematic practice of state-sponsored extraterritorial abductions and forcible returns to Turkey, with at least 100 Turkish nationals from multiple states including Afghanistan, Albania, Azerbaijan, Afghanistan, Cambodia, Gabon, Kosovo, Kazakhstan, Lebanon and Pakistan removed to Turkey.

In different cases, WGAD has concluded that the arrest, detention and forced transfer to Turkey of Turkish nationals were arbitrary and in violation of international human rights norms and standards.

Previous Article
Migrant father charged with son’s death on journey to Greece
Next Article
Report: Turkish curriculum ‘has been radicalized’