Outraged by Uighur genocide, Europe picks a fight with China. And loses

Outraged by Uighur genocide, Europe picks a fight with China. And loses 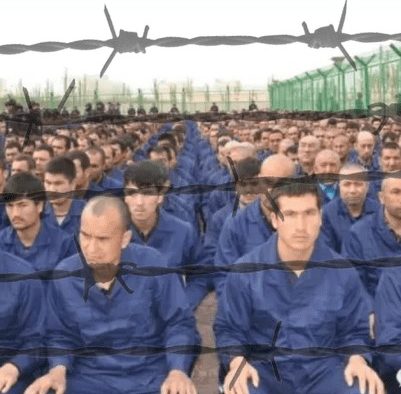 Mention the Boxer Rebellion nowadays, and most people in the west would look baffled. Not so the Chinese, who have longer memories.

They have not forgotten the invasion launched in 1900 by the US, Britain, Germany, France and other members of the so-called Eight-Nation Alliance to suppress the anti-foreigner, anti-missionary uprising. Mass atrocities against Chinese people ensued, in the name of upholding “civilised” Christian values.

That bitter legacy was recalled last week by Hua Chunying, a foreign ministry spokeswoman, after a not dissimilar western coalition, including Britain, imposed limited sanctions on China over human rights abuses in Xinjiang.

“Their actions have reminded people of the history of the Eight-Nation Alliance,” Hua said. “But China is no longer what it was 120 years ago. No one should dare to offend the Chinese people.”

Yet many do dare – and now the boot is on the other foot. It is Beijing that stands accused of atrocities, with the US and others alleging a genocide of Xinjiang’s Uighurs. And it is mostly the same western countries, plus Canada and minus Tsarist Russia, that are on the receiving end of Chinese aggression.

For the new sanctions provoked an unexpectedly sharp, escalatory response. Beijing targeted members of the European parliament, diplomats, academics, and non-governmental institutions critical of China – and added some British MPs to the list on Friday.

The EU, which had limited its measures to officials only, was shocked. It had expected a reciprocal slap on the wrist. Instead it received a hard kick right up its boxer shorts.

Nor was this the worst of it. Outraged by tweets from Lu Shaye, China’s “wolf warrior” ambassador in Paris, in which he described a respected French academic as a “crazed hyena” and “small-time hoodlum”, Clément Beaune, France’s Europe minister, summoned the wayward diplomat for a customary dressing-down.

Imagine his horror when Lu, ignoring protocol, said he was too busy to come. The French were aghast. “This is not how things are done,” Beaune spluttered. “Neither France nor Europe is a doormat.”

Yet this increasingly appears to be how Xi Jinping, China’s bullish president, and the Communist party view the EU. Or if not exactly a doormat, then a decidedly second-rate, fractious power bloc whose business and goodwill are dispensable.

The way they see it, Europe needs China more than China needs Europe. So when livid MEPs threatened last week to tear up a new investment deal, the reaction was a contemptuous shrug.

Like the old imperial powers that tormented it, China plays divide and rule. It is an influential investor in southern EU countries, notably Italy, Greece and Portugal, that are poor relations to the wealthier north. It has cultivated recalcitrant EU members, such as Hungary, and EU wannabes such as Serbia.

It dangles trade and investment carrots in return for a blind eye. This appeals to the self-described “fervent Sinophile” Boris Johnson who, as always, wants to have his cake and eat it. Johnson seeks the freedom to increase trade with China and simultaneously strike a noble pose on human rights.

As a result, he achieves neither. Johnson, the man who gave up Hong Kong without a fight, risks becoming Beijing’s useful idiot. By adding British MPs and organisations to its sanctions list, China shows how unimpressed it is by his feeble, Brexit-warped balancing act.

Fresh from a bruising encounter with his Chinese counterpart in Alaska, Blinken sought to refortify the transatlantic alliance vis-a-vis China and Russia, following the corrosive Donald Trump years – and it appears he succeeded.

His call to close ranks against China’s threat to “the international system and the values we share” was lapped up. A chummy, grinning Biden reinforced it by video link from Washington.

European leaders seem only too happy to scuttle back under the American security umbrella. Weakened by the ongoing pandemic, facing a power vacuum in Berlin, and handicapped by inept leadership in Brussels, it’s unsurprising the EU, shoved hard by China, has again flopped into America’s outstretched arms.

But pause right there. The Biden-Blinken approach to China looks remarkably similar to Trump-style confrontation. There have been no conciliatory gestures, no olive branches, since the new guys took charge in Washington.

Trump’s tech and tariff wars persist today. The Taiwan and South China Sea timebombs are still ticking away. China has not given an inch, either. In truth, relations are steadily deteriorating – with polarising effect.

Both Washington and Beijing are busily strengthening rival global alliances – the US with Europe, Japan and South Korea, China with Russia and in the Middle East. Significantly, China’s foreign minister, Wang Yi, is currently visiting Saudi Arabia, Turkey and Iran, all three at odds with Biden.

It would be nice to be wrong, but this looks like a geopolitical warm-up for Cold War #2. Has Europe signed up for this? Not really. But its desire for business as normal with Beijing is coming up hard against the ugly reality of Xi’s swaggering authoritarianism. There is diminishing wiggle room for leaders who don’t say where they stand.

Which brings us back to Britain’s “fervent Sinophile”, who dares not utter the word “genocide”. Whose side is Johnson actually on? Poor fool. It’s entirely possible he does not know.