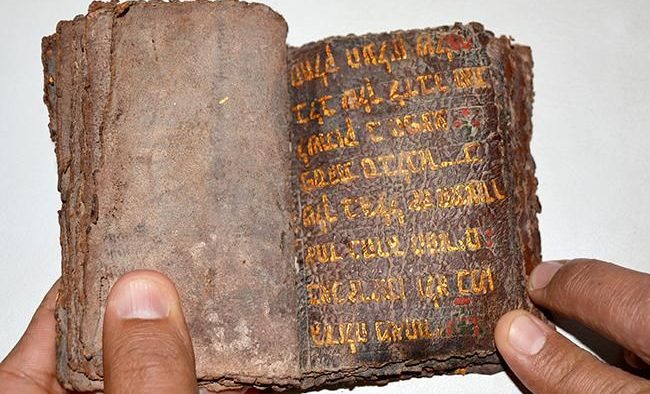 Acting on a tip, police squads stopped two suspected car and found the manuscript, said the sources who asked not to be named due to restrictions on speaking to the media.

Police can be seen rifling through backpacks in the trunk of the suspects’ car in a video of the incident. The ancient artifact was simply wrapped in a plastic bag wedged in the pockets of  a nearly otherwise empty cloth bag.

Police can then be seen removing the golden Torah from the plastic bag with gloved hands, before removing it from ancient protective casing. Pages in which ancient inscriptions are written are shown.

Five people were arrested, the source added.
Recently in Israel, a biblical manuscript dated to be around 2,700-years-old was unearthed.
The find, which experts believe to predate the Dead Sea Scrolls by hundreds of years, making it the oldest most ancient biblical scroll ever known in the modern era, was found by archaeologists in Judean Desert caves.
Source: JP
Previous Article
Outraged by Uighur genocide, Europe picks a fight with China. And loses
Next Article
Iran says it can be alternative to Suez after ship stuck