Kurds are struggling to breathe in Turkey

Kurds are struggling to breathe in Turkey 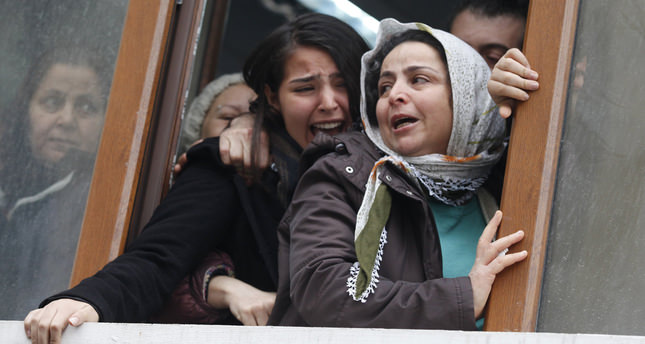 The Kurdish problem in the Middle East cannot be put off anymore as it is fast becoming the key issue determining the fate of the region in the near future.

The Kurds who live in northern Iraq, north-eastern Syria, south-eastern Turkey, north-western Iran and Western Armenia, are known as the world’s largest minority group without a state.

Iraqi Kurds gained autonomy in the northern part of the country following the fall of Saddam Hussein.

Thanks to the Western support, Syrian Kurds have also declared a de-facto federal region in Kurdish-controlled areas of northern Syria in 2016.

But while Kurds gained considerable autonomy in Iraq and Syria there is growing anger towards them as the major ethnic groups in the region, Arabs, Persians and Turks treat Kurds as separatists.

As the region’s fourth-largest ethnic group with a population estimated 30 millions, the Kurds have become a major factor in the Middle East’s future stability.

The Kurdish struggle is, however, not only about fighting against ISIS.

The Kurds have long been carrying out armed resistance against these major countries for their political and cultural rights.

Kurdistan Free Life Party (PJAK), which was founded in 2004, has been fighting for an autonomous Kurdish region within the Iranian state but the armed group has not carried out any major operation since the 2011 ceasefire agreement following the Iran government’s military victory.

According to The World Factbook, more than 16 million Kurds live in Turkey.

More than 60 ethnic groups gained their independence during the Ottoman Empire’s loss of power and its complete collapse, but not the Kurds.

Turkish Kurds have historically held more rights than other Kurdish minorities in neighbouring states as they were given equal citizenship with the majority Turks in Ataturk’s modern Turkish Republic. However, this came with the condition thay they don’t acknowledge their Kurdish identity publicly.

The Kurdish crises in Turkey has always been deeper compared to Iran, Syria and Iraq’s Kurdish issue, despite these neighbouring nations having never issued even national identity cards for their Kurdish population for long decades.

Following the Ottoman’s collapse, Mustafa Kemal Ataturk created secular, purely Turkish state, under one language, one ethnicity and one culture which resulted in the suppressing of all other religions and ethnic groups including Kurds.  Ataturk’s new ideology based on cultural and religious assimilation caused Kurdish revolts. Ataturk bloodily suppressed the Kurdish Islamic Scholar Sheikh Said’s rebellion in Turkey’s Kurdish majority Diyarbakir, Elazig and Bingol cities in 1925, using 35 percent of the Turkish budget and 51,000 government forces against 30,000 Kurdish rebels.

Decades after the Said’s rebellion, the PKK has become the major Kurdish rebellion movement which started an armed struggle against the Turkish state in 1984.

More than 40,000 people have lost their lives in this conflict and the conflict has been at a huge economic cost to Turkey.

Turkish President Recep Tayyip Erdogan had launched a peace process with jailed PKK leader Abdullah Ocalan in late 2012, but Turkish government ended the truce in June 2015 following PKK’s killing of two Turkish policemen and HDP’s June 2015 general election victory which caused his ruling Justice and Development Party (AKP) to lost its majority in parliament for the first time since the AKP came to power in 2003.

With the end of the truce, Turkish forces put many Kurdish cities on ground during the full-scale warfare in South-Eastern Turkey.

As a result of losing the Kurdish vote, Erdogan’s AKP has increasingly become dependent on its electoral ally, the Nationalist Movement Party (MHP).

Erdogan was elected executive president with the support of MHP in 2018.

The latest election surveys shows that Erdogan’s support is at an all time low. He is thus preparing the close down the pro-Kurdish HDP to please the nationalist MHP.

A top Turkish prosecutor filed a case with the Constitutional Court on the same day, seeking to dissolve HDP.

On a CNN Turk live political debate show last week, HDP’s former Deputy Altan Tan summarised that the basic demands of Kurds are unbanning the usage of Kurdish language in public and private life, a decentralized political system for Turkey by giving more power to the local authorities in Kurdish majority region.

The level of intolerantness toward Kurds in Turkey’s current political environment is well exemplified by Hulki Cevizoglu, who is a well known TV personality, journalist and founder of Turkey’s short lived Democratic Left People’s Party.

Despite being a journalist, Cevizoglu continuously accused Altan Tan for being an outlawed Kurdistan Worker Party’s (PKK) propagandist and separatist in CNN TURK’s“Neutral Zone” program.

Since ruling the AKP’s credit fuelled economy has faltered and the country is experiencing severe economic challenges. In this challenging circumstances, Erdogan is doubling his ideological war against all opponents .

Kurds are currently undergoing a painful test in the face of the new nationalism of the Islamist AKP and Nationalist MHP coalition.

By: Turkmen Terzi –  a Turkish journalist in Johannesburg