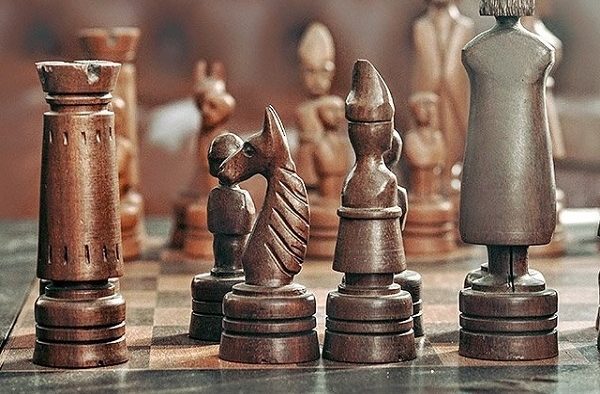 It was a very widespread approach among the Ottoman era intellectuals that Jihad should be accompanied by ideas and opinions.  In that period, a lot of philosophers accounted for a conceptual jihad; they introduced that the conflicts between the civilizations are not carried out with weapons but with science and opinion. Said Nursi adverted the justifications of intellectual jihad and grounded his assertion in terms of Islamist civil procedure.

Said Nursi propounds that the exertion against the nafs (self), meaning the great jihad is another way of aggrandizing the religion. Sufis focused on the jihad against nafs and named this people’s struggle inside their inner world against themselves as “Jihad al-Akbar”. Because in one of the verses of the Quran about Mecca, Allah (SWT) commands, “So do not yield to the disbelievers, but strive diligently against them with this Quran”. In a hadith that acts as a description of this verse, Messenger of Allah (PBUH) described the struggle against nafs as the “great jihad”.

He remarks on the importance of the representation of the religion by the believers who are moral and at peace with themselves and emphasizes that the struggle against the nafs will help jihad’s fundamental goal which is the glorification of the religion: “The goal and the purpose of the believers is ‘kalimatullah’ (the word of Allah (SWT)) and the occupation of them is Jihad al-Akbar with their own nafs and showing the true path to the others. “While the aim and goal of Unity [or the Muhammadan Union] are to stir into life the long, many-branched, far-reaching luminous chain which binds together the centers of Islam and their places of worship, to arouse those bound to it, and through the wishes and promptings of their consciences drive them to the way of progress. (The Damascus Sermon / First Addendum / Third Part – p. 81)

Another extent of jihad is called intellectual jihad. Islamic philosophers expressed emancipation by means of executing intellectual, moral, and social responsibilities with the concept of jihad. They interrelated jihad and emancipation through the proximity relation between the counterparts since the “hardship” meaning which is included in the etymology of the word also transfers to another meaning; “stamina”. Therefore, the difficult but successful intellectual struggle was expressed by the word “ictihad” (proper reasoning), and the people’s struggle en route to being the ideal human by overcoming their own desires and evil hunger was expressed by the word “mucahede” (exertion).

Jihad’s nurture of nafs, moral responsibility, and aspects related to the scholarly studies form the common approaches of many Islamic scholars. The main question here is that is it actually possible to use the concept of jihad to spread or explain religion?

Would the jihad in this meaning allow the use of violence? Nursi’s answer to this question is very straight; the use of weapons or violence is never the right choice and against the freedom of conscience. “There is no compulsion in religion.” (Surah Al-Baqarah – 2:256) He expresses the following while interpreting this verse: “By the matters of religion being separated from those of this world on that date, freedom of conscience, which is opposed to force and compulsion in religion, and to religious struggle and armed jihad for religion, was accepted as a fundamental rule and political principle by governments and this state became a secular republic.” (The Eleventh Ray / The Eleventh Topic / A Supplement to The Addendum of The Eleventh Topic)

Expressing that it is not right to use weapons and violence to spread religion is not enough to provide a solution to the problem. Because Quran includes verses about jihad and war and The Prophet (PBUH) personally fought in wars. When approaching this matter, Nursi adopts the classical Islamic scholar behavior and considers the historical conditions, determines the reason for the provision, and implements the reason to recent conditions.

Let’s see how Nursi views today’s people first. According to him, today’s people are educated and civilized. Quran evaluated people based on education and described the people who were literate as “the people of the Book”. Nursi states the following to clarify this matter: “The current century and the people of the Book of this century are so much in need of the Quran’s addressing “Oh the people of the Book” that this addressing directly refers to the current century and “Oh the people of the Book” phrase involves even the meaning of “Oh the literate” (25th word). Quran clearly describes how to fight against the educated people in the following verse: “And argue not with the people of the Scripture (Jews and Christians), unless it be in (a way) that is better (with good words and in good manner, inviting them to Islamic Monotheism with His Verses), except with such of them as do wrong” (Surah Al-‘Ankabut – 29:46). However, what does it mean by “in good manner”? The meaning clarifies when we have a look at Surah An-Nahl’s 125th verse in Quran and the way it describes “wisdom and goodly exhortation”. According to Nursi, wisdom is intellectual evidence and god exhortation is positive behavior and affection.

He states that the educated people must be treated with intellectual arguments and affection just like it is stated in the verse: “For conquering the civilized is through persuasion, not through force as though they were savages who understand nothing. He stimulated the innate capacity of love within man and declared we are devotees of love; we do not have time for enmity.” (Gleams of Truth 1909) This text was published in the Ottoman era when Islamic law was ruling. Nursi’s view towards war and jihad before World War 1 is still very significant today. He explains all those verses in the Quran which allow going to war and the wars during the time of The Prophet (PBUH) on account of the fact that the people at the time were uncivilized Bedouins. Bedouins have two characteristics. The first one is ignorance and the second one is mercilessness and asperity. These two reasons actually happened to be the reasons for wars back in time. But today, he states that it is only possible to glorify religion with certain intellectual arguments and affection. Thus, he mentioned the same topic during one of his sermons in Damascus in 1911 and stated the following: “Their swords are decisive proofs. And just as their way is love, so will they encourage the love included in the seed of the brotherhood between believers to grow, like a tree of Tuba.” (The Damascus Sermon / First Addendum / Third Part)

The way Said Nursi considers jihad as developing arguments and describing religious facts with rational evidence is very important. Because he both shows the way to overcome the problems of the respective era he was living in and also, he provides an insight on how to be a good Muslim. With reference to the fact that both inner and external struggles are actually jihads, he explains how to communicate ideas as individuals to other people and how to be a good person and absolute believer. He states the following on how to triumph in moral jihad by acquiring the faith: “In view of this, jihad will be a non-physical religious jihad with the sword of certain, verified belief.” (The Eleventh Ray / The Eleventh Topic / A Supplement To The Addendum Of The Eleventh Topic)

Nursi states that the Muslims did not want to go to war, but the people in that period virtually advanced towards them with swords and obliged them to go to war. Thus, he often emphasizes this opinion when he explains the miraculousness of the Quran. In fact, Quran wanted to persuade people with intellectual evidence but the Arabian Bedouins as the addressees resorted to violence without giving any chance to conversation and communication. Quran invited polytheists to intellectual and literate discussion, but they chose violence and war since they knew they would lose. In other words, war was not the choice of Muslims. Arabian scholars and literates were so much in need to repeal Muhammed’s (PBUH) cause. And together with the hostility, grudge, and obstinacy they possessed against The Prophet (PBUH), they abandoned the easiest, nearest, and perfect discussion with pen and writing and chose the longest, most inconvenient, most dangerous, and most doubtful way of the sword and war.” (25th Word)

We can summarize the way Said Nursi views the matter of war that the Muslims were forced to go to war because of the historical conditions but due to the fact that such reasons above do not exist anymore in today’s world, the legitimacy of war does not remain. However, is it possible to choose war and violence considering that similar conditions arise? Today – referring to hundred years ago – the people are civilized. Freedom of religion and conscience is secured by the states. In this case, Muslims’ duty is to practice religion the best way in their personal lives, treat others with love and tolerance, and communicate the religious facts to other people with intellectual arguments. Jihad means good ethics, affection, and argumentative thinking.

Previous Article
Turkey’s TV celebrities as cultural envoys: the role of celebrity diplomacy in nation branding and the pursuit of soft power
Next Article
Turkish Cyprus is not your province: Turkish Cypriot MP to Ankara

Turkish Cyprus is not your province: Turkish Cypriot MP to Ankara
NAT 18th April 2021
Submit an Op-Ed
Tweets by NewsAboutTurke1