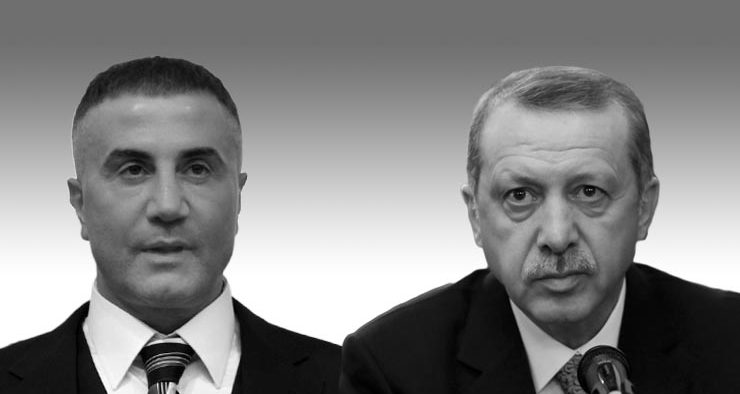 Turkish government officials entered into a war of words with the country’s well-known mafia leader, Sedat Peker, who released a series of videos about schemes within the ruling Justice and Development Party (AKP) involving some of its deputies.

The claims pushed opposition politicians to call for the truth behind the claims in order to fight against the criminalization of politics.

Ultranationalist convict Peker alleged that former interior minister, Mehmet Agar, and his son, Tolga Agar, who is currently a deputy for the AKP, were involved in the suspicious death of a 21-year-old Kazakh journalist, Yeldana Kaharman, two years ago, a day after she interviewed Tolga Agar.

Kaharman allegedly committed suicide, but it is claimed that the autopsy report shows otherwise. However, the case was quickly closed by the local prosecutors at the time.

Peker claimed that Agar was “the head of deep state” in Turkey.

Former justice minister of the ruling government and current member of the presidency’s higher advisory board, Cemil Cicek, urged the judiciary to investigate Peker’s claims about the Agar family.

“If even one-thousandth of these claims are true, this is a disaster and very problematic … Turkey has had enough experience in the past concerning similar issues,” Cicek said on May 12.

“We should learn the necessary lessons. The relevant prosecutor needs to take action and do what is necessary,” Cicek said.

Mehmet Agar claims that the state can examine him whenever required.

The claims pushed opposition parties to try to make the government accountable for its ties with the mafia leader.

Last year, the Turkish government passed a controversial amnesty law that freed up to 90,000 inmates from Turkish prisons for nonpolitical crimes, but excluded dissident journalists and politicians.

The law resulted in the mass release of organized gang leaders, including Alaattin Cakici, a notorious mafia kingpin closely connected to the Nationalist Movement Party (MHP). During the time that Cakici was behind bars, his rival Peker consolidated his grip on the Turkish underworld.

The group deputy of the main opposition Republican People’s Party (CHP), Ozgur Ozel, said that Turkish Interior Minister Suleyman Soylu was the connection point between the AKP, its ally MHP and the mafia.

Ozel also claimed that the interior minister was closely tied to mafia leader Peker and that the government turned a blind eye to Peker’s previous actions in the northern city of Rize, where he threatened the dissident academics of the country, saying: “I will shower them with their own blood.”

In the latest video he released, Peker confessed that he had played a role in the support shown for Interior Minister Soylu when the minister decided to resign from his post in April 2020. Peker allegedly organized a Twitter campaign to object to Soylu’s resignation.

Since 2019, Peker has lived in Balkan countries where he regularly met Bosniak political leaders. He claimed that he had to leave Turkey because of a personal hostility with the Turkish president’s son-in-law and former finance minister, Berat Albayrak.

After being arrested earlier this year in North Macedonia with a fake ID and passport, he was deported to Kosovo where he had a business residence permit. He is currently believed to live in Dubai.

Peker, with a strong network in Istanbul’s underworld, was previously blamed by some politicians, such as Baris Atay of the Workers’ Party of Turkey, for using gangs to attack dissidents in the streets. Atay was seriously beaten up in a busy street of Istanbul after he was verbally targeted by Soylu.

The opposition now urges the government to form a parliamentary inquiry commission and inform the public about these allegations.

Ayhan Sefer Ustun, former head of the parliamentary Human Rights Commission and founding member of the breakaway Future Party that is led by the country’s former prime minister, Ahmet Davutoglu, said the allegations should spark a serious campaign against “deep state” in Turkey.

“Turkey should launch a countrywide campaign against deep state and a widespread mafia structure that reached out to the inner circles of the state,” he told Arab News.

“A parliamentary commission should be established where each party at the parliament will be represented equally to investigate Peker’s claims,” he said.

“Any connection between the politics and public security should be put under broad daylight,” Ustun added, referring to the 1996 Susurluk scandal in Turkey where close ties between the state and the mafia were revealed after strong popular insistence.

Interior Minister Soylu will file a lawsuit against the allegations made by Peker, and he called on the mafia leader to surrender to Turkish justice.

Peker has been tried several times by Turkish courts over his involvement in criminal gangs.

He was sentenced to 14 years in jail in 2007 for establishing and leading a criminal organization, and for forgery.

His sentence, however, was later reduced to 10 years and he was released from jail in 2014.

The number of Peker’s damaging video releases are expected to reach 12 in total.