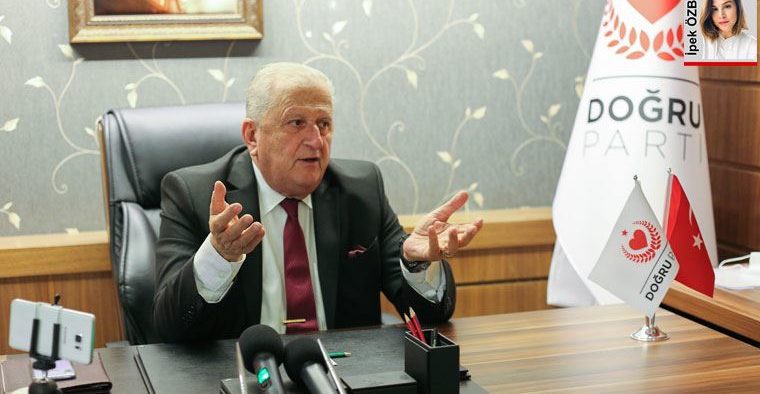 A former Turkish minister and the leader of a political party has been handed down a suspended sentence of 23 months, 10 days on charges of insulting President Recep Tayyip Erdoğan and his far-right election ally, Devlet Bahçeli.

Rıfat Serdaroğlu, who served as health minister and minister responsible for customs in the 1990s and is currently leader of the True Party, a small party not represented in parliament, was given the sentence due to an article he wrote in October 2018 on his personal website. In his article, titled, “Father, son and the holy son-in-law,” Serdaroğlu talks about how Erdoğan came to power promising to eradicate poverty and be the voice of the oppressed and how rich he and his family have become by abusing religious and national values and using the state’s resources for his own interests.

There was no mention of Nationalist Movement Party (MHP) leader Bahçeli in that article, but in another he wrote in 2018 Serdaroğlu attacked MHP leader Bahçeli and the Public Alliance between Erdoğan and him, which was established before the general and presidential elections of June 2018. He said Bahçeli was an old-fashioned politician who had made no contribution to solving any of the country’s problems. He likened the alliance to an out of wedlock relationship.

Following the announcement of the decision at an İzmir court on Tuesday, Serdaroğlu said his lawyers will appeal the ruling.

“I swear that I will not go to jail before destroying the kingdom of the thieves and send them to jail,” he said.

Thousands of people in Turkey are under investigation, and most of them are under the threat of imprisonment, over alleged insults of President Erdoğan. The insult cases generally stem from social media posts shared by Erdoğan opponents. The Turkish police and judiciary perceive even the most minor criticism of Erdoğan or his government as an insult.

Insulting the president is a crime in Turkey, according to the controversial Article 299 of the Turkish Penal Code (TCK). Whoever insults the president can face up to four years in prison, a sentence that can be increased if the crime was committed through the mass media.

In the meantime, a man living in İzmir was given a suspended sentence of 14 months on charges of insulting the president in his social media posts, Turkish media outlets reported on Wednesday.

Fifty-six-year-old Yavuz Atan was given the sentence due to four social media posts he shared last year that included criticism of Erdoğan.