In Syria, the status quo will tend to prevail

In Syria, the status quo will tend to prevail 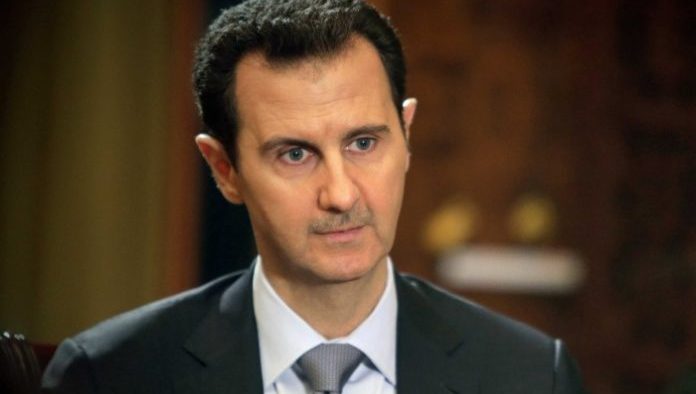 On Wednesday, US Secretary of State Antony Blinken made a statement about the Golan Heights that upset Israel’s Prime Minister Benjamin Netanyahu, who reacted to what was portrayed as a refraining from recognizing Israel sovereignty over Golan.
Blinken said that Golan for the time being should remain under the control of Israel because it is important for its security. But what was being expressed between the lines concerns Assad more than it concerns Netanyahu. Indirectly there is a message that there will be no real solution for Assad: Blinken said if the situation changed in Syria then the legal issue of Golan could be raised, but he also said that “we are nowhere near” witnessing any change in Syria.
Assad will probably follow the path of former Sudanese President Omar Bashir, whom the international community at a certain point gave up on removing from power, but considering the number of crimes he had committed could not accept back into the fold. The country was stagnating in a no-war and no-peace scenario for years until the situation was no longer sustainable and Bashir was finally removed by popular protests in April 2019. Syria will probably face several years of status quo.
It is difficult for Western countries to fully normalize relations with Assad. Even if some countries reopen embassies, that does not mean acceptance of Assad by the international community. The rejection of Assad is no longer restricted to the state level but is also at the popular level. Lawsuits have been brought against his regime in the national court in Germany, while the Dutch and the Canadians have taken the case to the International Criminal Court. The world has seen the atrocities — displayed in the photos clandestinely captured by a former member of the regime under the alias Cesar. Can the US administration of Biden, which states it is putting human rights at the forefront of its foreign policy decisions, accept Assad or remove any of the Caesar sanctions approved by the Congress?
Since there will be no acceptance of Assad, there will be no transition and hence no reconstruction. To add to that, the West will not want to pour money into the country that Assad and his backers can benefit from. On the contrary, the US, for example, has an interest in letting Russia slowly drown in the Syrian swamp. Didn’t Obama warn Putin that he will face what the Americans found in Iraq — a “quagmire” from which it will be very difficult to emerge. Having said that, the major shock from the Syrian war represented by the waves of refugees has been already absorbed by the West. The bulk of refugees are distributed between Jordan, Lebanon and Turkey, and the international community is finding ways to manage and accommodate them within the borders of the host countries.

Assad will probably follow the path of former Sudanese President Omar Bashir, whom the international community at a certain point gave up on removing from power, but considering the number of crimes he had committed could not accept back into the fold.

Denmark recently revoked the residency of 189 refugees under the pretext that security had “improved significantly” in Syria. The residencies of about 500 people from the Damascus area are being revaluated. Though the decision has faced criticism from the EU and the US and resistance from human right groups, this might become a trend in Europe. It also sends a signal that Denmark is done with the Syria business. On the other hand, Assad is not able to have a full victory. Even in areas in his sphere he is not totally in control. Governance of the country is handled by a loose coalition of warlords affiliated to the regime; however they are not under its central control and command. The situation has reached a point where each actor is accommodated in his own area. Unless there is a major force or a wild card or an unexpected event that will disrupt this sad equilibrium, the status quo is likely to prevail.
How can the international community manage such a situation and what should international donors do?
The best case scenario is for international donors to focus on increasing the resilience of the people, whether inside Syria or in host countries. People cannot live on aid forever, hence donors should look to create self-generating livelihoods. Of course, it is much more difficult to create jobs in the current environment, but this is the only way the international community can proceed in Syria. The discourse should revolve around increasing people’s resilience in their own communities. The donors should look for drivers of the indigenous economy and work on promoting them to help the communities to become self-sufficient. They should initiate small projects that can generate income and employment, ensure livelihood sustainability and improve local economies. Agricultural projects, namely setting up cooperation for small farmers and platforms for artisans, should be put in place. These projects should take into consideration the available infrastructure. The key is to make each community self-sufficient to increase its resilience. Here there is a fine line as the donor community would want to increase the resilience of the people without helping to solidify the current situation. Of course, the aim is to have a unified Syria where the different areas are interlinked. However, in the absence of a political solution the best-case scenario is to increase the resilience of local communities by promoting self sufficiency.
However, there will be always the problem of predatory behavior by mercenaries and armed groups. Here there should be a framework the donor community sets up with states that have influence in Syria — namely Russia, Turkey and the US — in areas where they can provide security. The localized arrangements will seek to shield whatever small projects are put in place to generate livelihood from the bullying of militias.
This might not be the perfect recipe but since Syrians, unfortunately, will have to wait for a while before a definitive solution is found, the least the international community can do is to make their wait less painful.

Dr. Dania Koleilat Khatib is a specialist in US-Arab relations with a focus on lobbying. She holds a Ph.D. in politics from the University of Exeter and is an affiliated scholar with the Issam Fares Institute for Public Policy and International Affairs at the American University of Beirut.