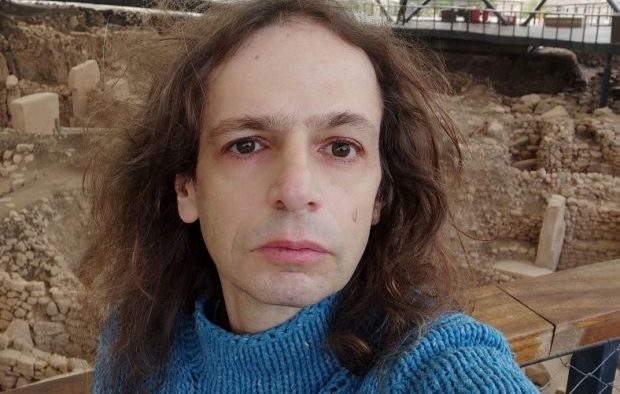 Koç University dismissed media scholar Amir Hetsroni for ‘inappropriate behaviour’, but he suspects a link to his private criticism of Turkey’s government

A controversial Israeli media professor who was fired by a Turkish university largely without explanation said he thinks his dismissal may be tied to his private criticisms of the government, and reflects broader pressure on foreign scholars from political repression and a plunging currency.

Amir Hetsroni said he believed that Koç University’s surprise decision could be connected to private conversations in which he urged his Turkish students to emigrate from their increasingly authoritarian country.

Professor Hetsroni, once described by The Times of Israel as the “long-haired overly opinionated academic Israelis love to hate”, is primarily a scholar of television. But over the course of a provocative career, he has managed to insult just about every group in the Middle East: feminists, socialists, Sephardic Jews and dead Israeli soldiers.

He had to leave Ariel University in 2014 after criticising its role in Israel’s occupation of the West Bank, although Ariel has insisted that he was not dismissed for these views.

After his departure from Ariel and a brief stint in China, Professor Hetsroni signed a contract with Koç – just months before a 2016 failed coup attempt triggered a political clampdown in Turkey, including the firing of hundreds of academics.

Now, Professor Hetsroni has been dismissed again with immediate effect from the private Istanbul-based institution for “conduct unbecoming to a member of Koç University faculty”, according to his termination notice.

The reasons it sets out – including “inappropriate behaviour” – are vague, except for an accusation that he caused “significant damage” to his faculty apartment by leaving its windows open.

Currently living in Israel because teaching is online, he told Times Higher Education that he had received no further explanation, despite having agreed a new three-year contract as recently as mid-May. “It’s a feeling of a third world banana republic,” he said.

Umran İnan, Koç’s president, confirmed the termination but said he could not share the reasons behind it. “Such terminations have only occurred two to three times during my 12-year tenure as president and they are singularly for extreme disciplinary reasons that have nothing to do with whether the faculty involved is foreign or non-foreign,” he said.

According to Professor Hetsroni, the spark for his dismissal could have been private conversations he had had with students, in which he urged them not just to study temporarily in western Europe but to flee Turkey permanently. He told them: “If I were you, I would stay there all my life. That is my opinion.”

He told his journalism students that they should “take into consideration that in this country you might get arrested”. He also suggested privately that Koç’s tuition fees were too high.

Professor Hetsroni, who is vegan, has also expressed his shock at Islamic animal slaughtering practices on his Instagram profile. “It’s very clear what I think about Islam,” he said, calling it a “very aggressive religion”. He suspected students with poor grades or a vengeful ex-girlfriend of informing on him, but was still unclear about exactly what triggered his dismissal.

The wider point, he argued, was that scholars could now not be critical of the Turkish government even in private, and this – alongside the collapse of the Turkish lira – had driven an exodus of foreign academics from Koç, which has positioned itself as a champion of international mobility.

But Professor İnan said that since 2009, excluding the medical school, the university had hired 54 international faculty members, more than the 34 who had left “as part of their own career movements”. This attrition rate was comparable to that for Turkish academics at Koç, he said.

After a second dismissal in seven years, Professor Hetsroni now plans to leave academia. The lesson, he said, was that the academy – whether in Turkey, Israel or the US – was no place for those with heterodox opinions, and that notions of academic freedom were “mumbo jumbo”.

“If a person wants to speak out, and he thinks his opinions are not in a framework of the mainstream, don’t go into academia,” he advised.