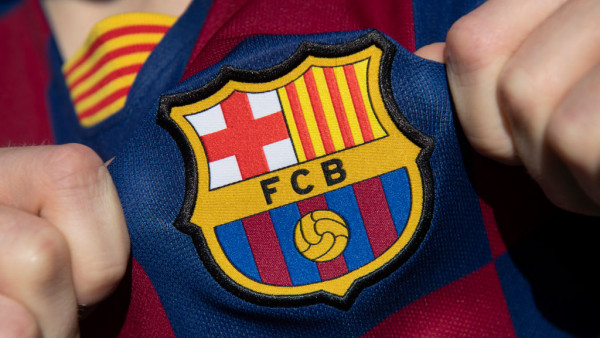 The Palestinian Football Association has praised Barcelona after the Spanish club turned down a friendly match in Jerusalem against an Israeli side who supporters are known for anti-Palestinian chants.

Beitar Jerusalem Football Club revealed on Thursday that its game with the Spanish footballing giant on 4 August would not go ahead after Barcelona complained about the match being played in Jerusalem.

The Palestinian Football Association (PFA) had sent an appreciative message to politician and Barcelona President Joan Laporta, with PFA chief Jibil Rajoub supporting his side’s decision not to play in Jerusalem, a city Israel claims as its capital. East Jerusalem is viewed as the capital for a future Palestinian state and is illegally occupied by Israel under international law.

The PFA said: “The Palestinian Football Association welcomes the decision of Barcelona to respect our rights and the rights of millions of grateful fans.”

Although the Barcelona team will not play in Jerusalem this year, Laporta did visit Israel to launch “Barça The Exhibition” in Holon, where he met Israeli President Isaac Herzog.

There will also be a Barcelona v Real Madrid “Legends Clásico” game in Tel Aviv on Tuesday, which will feature former stars from the two powerhouses of Spanish football.

Beitar, the Israeli team that was due to play Barcelona next month, is the only major Israeli soccer club to have never signed a player of Palestinian or Arab origin. Its fans have a history of singing racist chants.

Beitar Jerusalem is the only club in the Israel Premier League to have never signed an Arab player and its fans have become infamous for their ‘Death to Arabs’ chanthttps://t.co/HtgN1HnJLf

Beitar Jerusalem owner Moshe Hogeg pulled the plug on the game after Barcelona refused to play in Jerusalem, saying he wouldn’t surrender to “political” demands.

He called Jerusalem “the capital city” of Israel and said “that above all else [he is] a proud Jew and Israeli”.

In 2013, Barcelona went to Israel and Palestine on a so-called “Peace Tour”, which reportedly faced backlash.