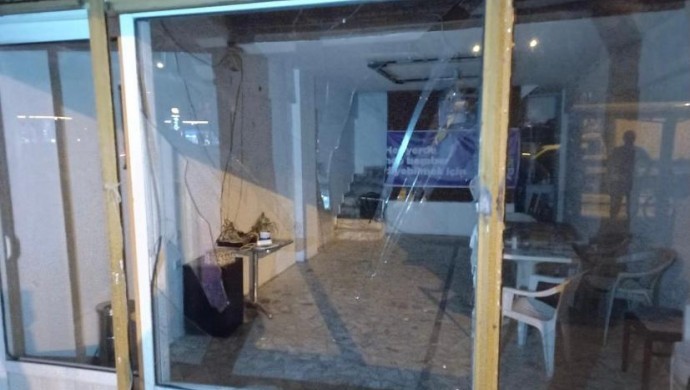 An as of yet unidentified man in the early hours of Friday staged an attack on the district office of the pro-Kurdish Peoples’ Democratic Party (HDP) in Turkey’s holiday resort of Marmaris, breaking the windows, the Mezopotamya news agency reported.

The perpetrator is currently in custody at Marmaris police headquarters.

The attack came less than three weeks after another attacker, a 28-year-old identified only by the initials A.T.D., fired rifle shots at the office. The office is currently under police protection.

According to Güven Göknar, HDP Marmaris district co-chair, the attacks are due to the targeting of the HDP by the ruling Justice and Development Party (AKP) and its ally the far-right Nationalist Movement Party (MHP).

Turkish President Recep Tayyip Erdoğan and his ally Devlet Bahçeli of the MHP have long portrayed the HDP as the political front of the outlawed Kurdistan Workers’ Party (PKK). The party denies links to the PKK and says it is working to achieve a peaceful solution to Turkey’s Kurdish problem and is only coming under attack because of its strong opposition to Erdoğan’s 19-year rule.