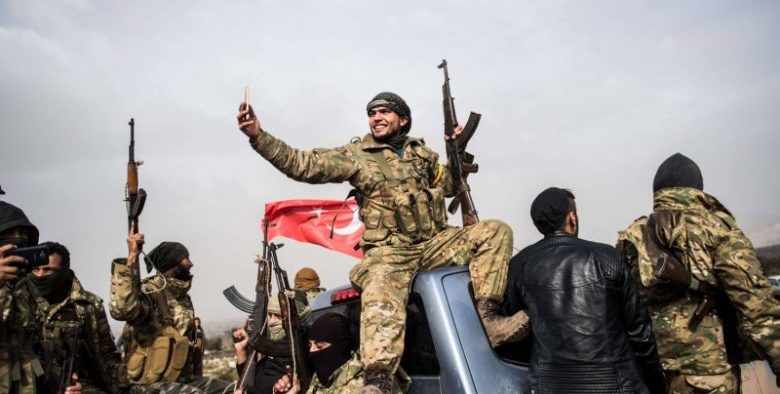 Turkish-backed Syrian militias have cut down nearly 1.5 million trees, including 650,000 olive trees, in the past three years in the Syrian district of Afrin, a region they have controlled since 2018, Turkish Minute reported, citing the Rûdaw news website.

The sources, speaking on condition of anonymity, told Rûdaw that Faylaq al-Sham, the largest and one of the best disciplined and trained of the Turkish-backed armed factions in Syria, has been cutting down trees in Afrin.

According to the sources, a large majority of the trees taken down by the armed groups is being sold in a market they established, while some factions control the timber trade in border areas.

“Nearly 700,000 trees have been felled in the region within the past three years right in front of Turkish soldiers, 650,000 of which were olive trees. In fact, these groups have inflicted great damage on the region,” Reşit said.

Turkey and its Syrian proxies in January 2018 conducted a cross-border military excursion into Afrin called “Operation Olive Branch” in an effort to dislodge Kurdish fighters affiliated with the People’s Protection Units (YPG), the main element within the US-backed Syrian Democratic Forces (SDF).

Turkish government views the YPG and SDF as extensions of the outlawed Kurdistan Workers’ Party (PKK), considered a terrorist organization by Turkey, the United States and the European Union.

Experts have said Afrin’s olive orchards have become a main source of revenue for the various armed groups present in the region.

Claims that Turkey, the third-largest exporter of olive oil to the European Union after Tunisia and Morocco, is exploiting Afrin for economic gain were also voiced by Turkey’s opposition politicians.

It has been more than three years since the operation, and Turkey’s ruling Justice and Development Party (AKP) government claims that over this period it has processed the olives in facilities in Turkey, exported the products to other countries and distributed the revenue to farmers in Afrin.

Contrary to the declarations made by the AKP, the opposition has alleged that the Turkish-backed Free Syrian Army (FSA) was confiscating Afrin farmers’ olives and bringing them to Turkey and that the revenue generated by the processing and export of the olives went to covering the FSA’s expenses.

The opposition also alleges that most of the farmers in Afrin fled due to the conflict and are now refugees in other countries.