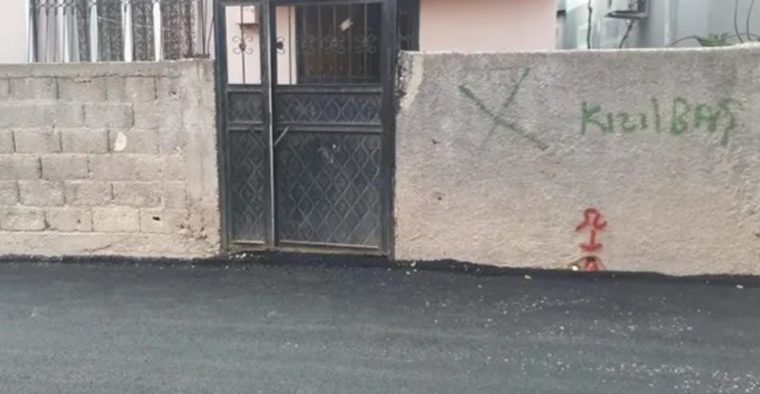 Burhanettin Bulut, a deputy from the main opposition Republican People’s Party (CHP), submitted a parliamentary question on Thursday about an apparent hate crime in which a number of Alevi residences were marked with X’s and racial slurs in in Turkey’s southern province of Adana, Evrensel daily reported.

“This is an act of provocation aimed at causing social unrest,” he said. “It is unacceptable.”

Incorporating Shiite, Sufi, Sunni and local traditions, Alevism is a strain of Islam that emerged in the Middle Ages. Alevis are estimated to constitute between a tenth and a fifth of the Turkish population.

Bulut said memories of painful sectarian conflicts were still vivid and that the marking of homes brought those memories back. “I condemn such acts of hate,” he said. “I urge the authorities to bring the perpetrators to justice as soon as possible.”

Bulut asked the Interior Ministry asking if this incident and others like it had been thoroughly investigated.

Cem Erenler, a resident of the neighborhood, said they let the police know as soon as they noticed the writing on the walls. “We fear for our safety and hope the perpetrators are caught immediately,” he said.

Several incidents in which Alevi residences were marked with paint have also occurred in the recent past.

A number of Alevi residences were marked with red paint in Turkey’s northwestern Yalova province in January.

Death threats to Alevis were spray painted on the walls of an apartment building in the Pendik district of İstanbul in October 2020.

According to Ali Kenanoğlu a deputy from the Peoples’ Democratic Party (HDP), 36 hate crime incidents have targeted Alevis in Turkey in the last eight years.