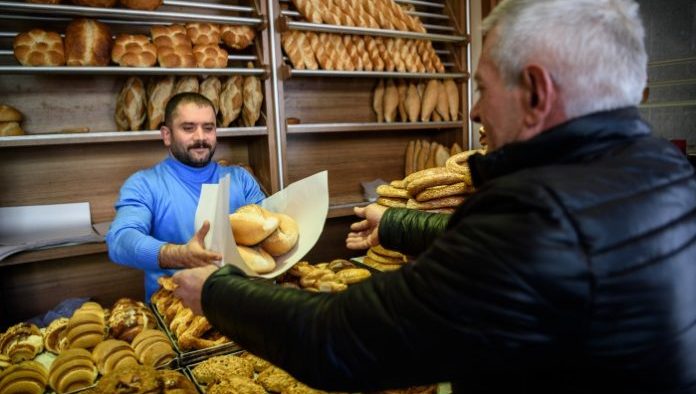 Pro-government figures in Turkey are raising eyebrows with their attempts to play down increasing prices and growing financial difficulties, which have been taking a toll amid growing criticism of the ruling party’s economy management, Turkish media reported.

Dr. Hüsnüye Erdoğan, a former lawmaker from the ruling Justice and Development Party (AKP), told a local TV station that natural gas, electricity and fuel prices have not increased as much as the opposition parties have claimed.

She further stated that although people are justified in complaining about increased prices, no one but AKP leader Recep Tayyip Erdoğan can solve their problems.

Likening the Turkish leader to a goalkeeper and price hikes to a ball, she said: “I know Mr. President’s affection, compassion, love, commitment and devotion to this nation. … He receives the ball and does his best to avoid price hikes but makes them when he has no other choice.”

Mehmet Barlas, a columnist for the pro-government Sabah daily, attempted to underestimate the financial troubles of millions in Turkey by giving examples from other countries.

Barlas argued that many problems experienced in Turkey can be found in other parts of the world and that Turks should be grateful for the current state of affairs.

“The official inflation rate in the US is 5.5 percent, but stores are out of many commodities,” he wrote.

Barlas boasted about healthcare in Turkey and said many countries around the world take Turkey as a model. “Even in the most developed countries, people were dying in the streets as they could not be admitted to fully occupied hospitals,” he said.

He concluded that regardless of complaints, everyone must be thankful to Erdoğan for overcoming past crises and for making Turkey a model country in the geography of instability called the Middle East.

Energy and Natural Resources Minister Fatih Dönmez’s strategy to gloss over price hikes was to hold external forces responsible for them.

“You are subject to prices in external markets as long as you produce it yourself. This is the reason for increasing prices. Changes in foreign currency rates also have a certain impact. It has nothing to do with Turkey’s economy,” Dönmez told Habertürk TV in an effort to defend the huge rises in natural gas and electricity prices in July.

Ali İhsan Karahasanoğlu, editor-in-chief of the pro-government Islamist Yeni Akit newspaper, argued in a March column that Turkey’s economy was in better shape than it was back in 2002, when the AKP government came to power, accusing those who think otherwise of being “ungrateful.”

“Don’t try to create the perception [that the economy is worse than it was in 2002] just because the price of some products increased for a month or two,” Karahasanoğlu said, adding that the real problem of people who complain about poverty was their “desire to be wealthy.”

According to a recent report based on Turkish Statistical Institute (TurkStat) data, a minimum wage worker in an average family of four who earned TL 2,435 ($327) for 2020 was expected to spend as little as TL 1.85 ($0.25) for each meal of a family member, which amounts to a daily outlay of only TL 22 ($2.96) for food for the household.