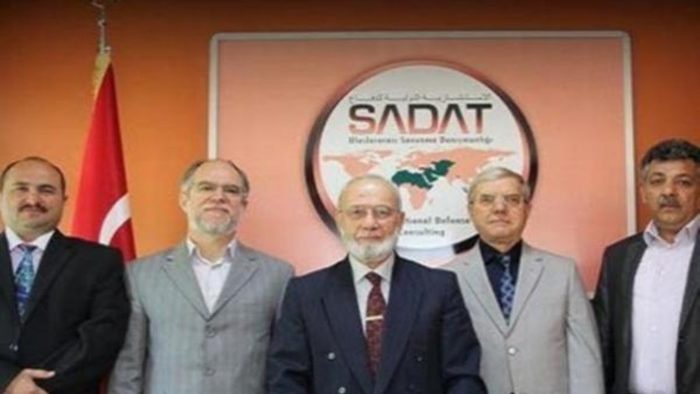 Notorious Turkish mob boss Sedat Peker has alleged in a series of tweets that SADAT, a paramilitary group linked to President Recep Tayyip Erdoğan, could possibly carry out assassinations of dissidents living in Turkey and abroad in the near future, local media reported.

“The idea of assassinating some people living abroad isn’t new, it goes back four or five years. It was discussed in secret back then. … The idea was abandoned because it might turn existing international problems into bigger crises. However, although the number of people who can act with common sense in the state isn’t small, it seems possible that they might resort to such actions both at home and abroad … under the influence of structures such as SADAT,” Peker said.

The head of one of Turkey’s most powerful mafia groups who was once a staunch supporter of Erdoğan, Peker has since early May been setting the country’s political agenda through shocking revelations he has been making on social media about state-mafia relations, drug trafficking and murders implicating former and current state officials and their family members.

Referring to his latest revelations about SADAT, the mafia boss said: “This ‘file’ is more important than all the others because this structure involves people who are and will be the implementers of the darkest actions planned for this country. If you bring this issue to public attention … you can restrain them. No structure that is constantly discussed in public dares to foment chaos or be involved in unsolved murders.”

Peker noted that both Tanrıverdi and Üsküdar University rector Nevzat Tarhan, who specializes in psychological warfare and was forced to retire from the army, had made statements refuting the mob boss’ previous claims that Tarhan works with SADAT.

Posting a document to prove that Tarhan was a shareholder of SADAT, Peker continued: “However, when I started to make revelations about SADAT, Nevzat Tarhan sold his shares to Adnan Tanrıverdi. So they again resorted to duplicity.”

Peker said another piece of proof that SADAT is a criminal organization was that they use articles published in the pro-government Diriliş Postası daily to communicate in encrypted messages. “This system of communication could serve as evidence to file a case against them on charges of being a terrorist organization, and it will be needed in the years ahead,” he said.

The mafia leader stated that he would also soon talk about “how SADAT trained Islamic terrorist organizations and received unearned revenue” in addition to the structure’s links to some religious communities and press organizations in Turkey.

Peker’s revelations come in the aftermath of concerns recently voiced by senior opposition figures that political assassinations may take place in Turkey as the 2023 elections draw closer since Erdoğan wants to hold the elections in an environment of high tension.