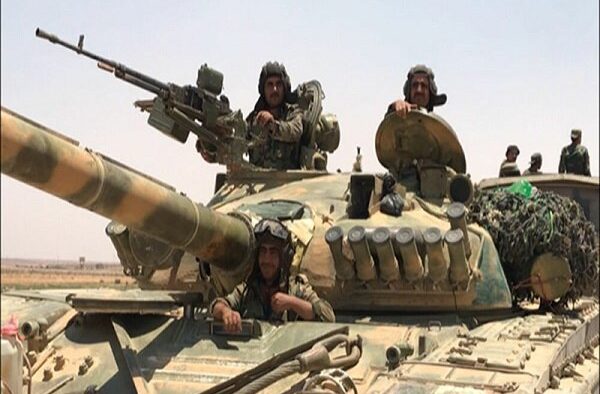 London-based Syrian Observatory for Human Rights close to adversary armed groups quoted its sources inside Syria as reporting that the Syrian army has deployed a large number of its forces and equipment in northern Aleppo as the movements of Turkey and its affiliated militias have intensified over the past few days.

The sources said that the Syrian army deployed T-90 tanks and artillery as well as other military equipment following threats by the Turkish military to launch a military offensive in northern and northeastern Syria.

This is while that Reuters quoted two Turkish officials as saying yesterday that Turkey was preparing for possible further military action against a US-backed Kurdish militia known as the SDF in northern Syria if talks on the issue with the United States and Russia fail.

This morning, Turkish artillery shelled areas in the north of Aleppo. The Turkish army shelled the villages of al-Malikiyah and Qala al-Shawargah in northern Aleppo.

The Syrian government considers both Turkish and US military presence on its soil as occupiers and has appealed to the United Nations to condemn it.