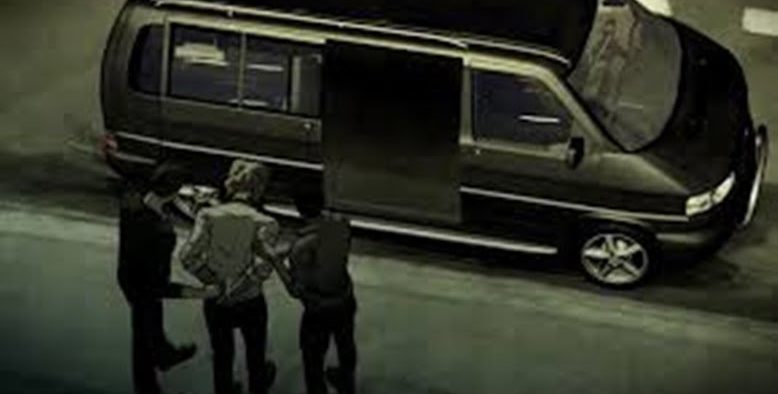 Ayhan Oran, a member of Turkey’s National Intelligence Organization (MİT), has been missing since November 2016. The agency has kept silent in the face of numerous allegations that it had abducted its own employee. The latest confirmation came from Mehmet Eymür, a retired former MİT executive. Oran was described as someone with intimate knowledge of the assassination of three Kurdish activists in Paris.

A lot changed in Turkey following a failed military coup in July 2016. Most notably, more than 100,000 civil servants were summarily fired from their jobs. MİT was no exception. Oran was working at Turkey’s embassy in Athens. He was recalled to Ankara during a post-coup state of emergency. Upon returning, he was informed of his removal from public service due to his suspected links to the faith-based Gülen movement, on which the Turkish government blamed the attempted putsch. Yet, the latest revelation has raised suspicions that the real reason might have been something else.

Fidan Doğan, Leyla Söylemez and Sakine Cansız, three Kurdish women with alleged links to the outlawed Kurdistan Workers’ Party (PKK), were shot to death in Paris in 2013. Cansız was a particularly prominent figure in the PKK and prior to her death she had fallen out with jailed PKK leader Abdullah Öcalan, whom she accused of negotiating deals with the Turkish state that were to the detriment of the interests of the Kurdish people. Interestingly, at the time of Cansız’s assassination, MİT and Öcalan were in a series of talks that would later be revealed to the public by Recep Tayyip Erdoğan’s government as the “settlement process” of Turkey’s decades-long armed conflict in the predominantly Kurdish Southeast. The assassination was rather unexpected as it occurred against the backdrop of a relative calm when a ceasefire was in effect between Turkish security forces and the PKK. With Cansız dead, Öcalan’s arguably most significant critic within the organization was eliminated.

Cansız was the main target of the Paris killings, while the two others just happened to be in the same place, the Kurdistan Information Bureau. Paris prosecutors were quick to discover that the assassin, Ömer Güney, had travelled back and forth to Turkey numerous times and that his plane tickets and mobile phone expenses were covered by Turkish intelligence. Yet MİT denied all the allegations forwarded to them by the Paris magistrates in charge of the investigation in January 2014. Selected for carrying out the assassination, Güney, who used to frequent the bureau, was a cancer patient. He died three years after his arrest and a month before his scheduled court appearance, at the Pitié-Salpêtrière Hospital in Paris.

Years later, it was revealed that the missing MİT operative Oran knew the details of the assassinations.

After Erdoğan aborted the talks with the PKK, the Turkish state launched a major offensive against the militant group. The fighting was so intense that some Kurdish cities suffered extensive damage. The PKK’s leadership was also in the crosshairs. To that end, MİT operatives Erhan Pekçetin and Aydın Günel went to Iraqi Kurdistan in January 2017. Yet the two were abducted by the PKK, which raided the Sulaymaniyah hotel where they were having meetings about the planned operations against PKK leaders. A few months later, ANF, the PKK’s news agency, put on YouTube the interrogation videos of the two. In the videos Pekçetin was talking about the Paris assassinations. He also revealed that Oran was abducted by MİT. Until that day, the agency had responded to inquiries filed by Oran’s family by claiming it had no information as to his whereabouts.

In the video published by ANF, Pekçetin said Oran was brought to MİT’s special interrogation campus after being abducted, that he was there at the time and that he had seen him. This YouTube video, containing high-level acknowledgement about a MİT member’s disappearance, was taken down by ANF a few days later. The fact that ANF deleted only the part about Oran while leaving online Pekçetin’s other statements, has led to allegations that it was part of a deal between the PKK and MİT.

On the fifth anniversary of Oran’s disappearance, another high-ranking MİT official acknowledged the abduction.

Mehmet Eymür, a retired executive who used to work in MİT’s counterterrorism department, has for years been publishing information on his personal website, at www.atin.org. Eymür’s declarations often attract widespread public interest. In the first week of November, in an interview published by T24, he talked about MİT’s brutal interrogations in the past. In response to a question about whether torture was still being used, he said: “There’s something worse. There is a missing MİT member who was interrogated.”

While Eymür refrained from going into detail, his remarks amounted to a confirmation that MİT had interrogated Oran.

Despite his five-year-long disappearance, Oran’s family members still have not given up hope. Yet new revelations are not exactly encouraging. Another MİT member, Mesut Geçer, also abruptly disappeared.

Geçer was reported missing in March 2017. He resurfaced 16 months later, in July 2018, at a gendarmerie outpost in Kumlu, a district bordering Syria, where he was immediately arrested. When he appeared for the first time before a court in December 2019, he explained that he was abducted by MİT operatives whom he personally knew and that he would be able to identify them. Geçer said he was interrogated under brutal torture for months. When his health deteriorated, he was treated so that the torture could continue. Geçer said he was taken to Syria in June 2018 and that he was handed over to radical armed groups. He thought he was going to be killed there, but for some reason unbeknownst to him, he was not. He was taken back to Turkey and handed over to gendarmes at Kumlu.

Geçer’s testimony brought up questions as to whether Oran, too, was in the hands of radicals in Syria.

Opposition deputy Sezgin Tanrıkulu is the only one pursuing the issue. Yet his written parliamentary inquiries have not been answered for years.

The highest ranking MİT official who allegedly authorized the Paris assassinations, a certain “S. Asal,” was promoted following Oran’s disappearance and appointed head of the strategic department at MİT.