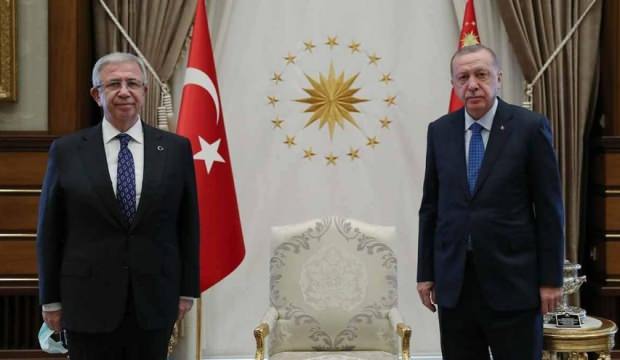 “Mansur Yavaş should behave himself. He should heed the rightful warnings of our president. If he doesn’t, he’ll have to bear the consequences. We’re telling you: He who sows the wind reaps the storm,” Yalçın said, threatening the main opposition Republican People’s Party (CHP) mayor.

The MHP deputy was referring to Bahçeli’s recent threat to the mayor, which came after the far-right leader accused him of an attack on a commemoration ceremony held for MHP founder Alparslan Türkeş in Ankara over the weekend.

A group of some 50 people forced their way into the event, which was held by the Alparslan Türkeş Foundation in Yenimahalle on November 28, with several injured as a result. Executives of the foundation and Türkeş’s son Ahmet Kutalmış Türkeş blamed members of the Grey Wolves for the attack.

The Grey Wolves are the militant wing of the MHP, an ally of President Recep Tayyip Erdoğan’s ruling Justice and Development Party (AKP), and their ideology is based on Turkish nationalism, resulting in the targeting of Kurds and other minorities in Turkey. They are banned in various European countries due to their attacks targeting dissidents and minorities.

Bahçeli blamed last week’s attack on Yavaş, saying he “should be careful” because the “breath of the Grey Wolves” was now on his back, while speaking to reporters after a parliamentary group meeting on November 30.

While Yavaş stated that he wouldn’t talk about such issues that don’t concern him, CHP Deputy Chairman Seyit Torun responded to Bahçeli’s threat and voiced support for the mayor.

“The breath of the people of Ankara and the Nation Alliance is behind Mansur Yavaş,” Torun said, referring to an opposition bloc consisting of the CHP and the Good (İYİ) Party. He added that they wouldn’t be frightened off by bandits.

“Mansur Yavaş has our support and that of the people of Ankara,” İYİ leader Meral Akşener said during a parliamentary group meeting of her party on Wednesday.

“Yavaş is a mayor who stays away from political rows. It’s incomprehensible that he was blamed for the attack,” CHP leader Kemal Kılıçdaroğlu also said on Wednesday.