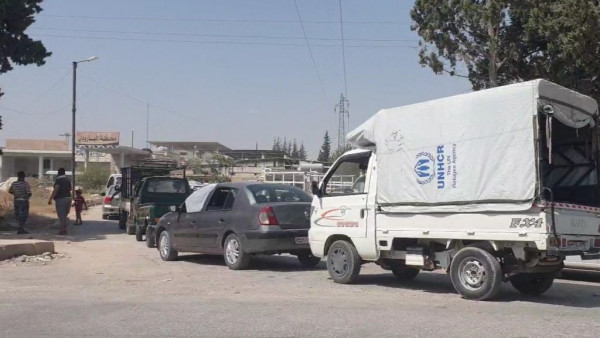 One source said the price of a water meter is now 52,000 Syrian pounds, more than double the previous price.

The Syrian regime has more than doubled the price of domestic water, despite much of the country being submerged in poverty and the effects of a hyperinflation crisis.

A source with the regime’s defence ministry-owned factories told The New Arab’s Arabic sister service, Al-Araby Al-Jadeed, the price increase was due to production cost rises.

They added that, including the installation and connection charges, the cost of buying a meter could reach almost 100,000 Syrian pounds ($28.37) – the equivalent of an employee’s average monthly salary.

To install a meter, Syrians need a licence which often requires paying a bribe.

Another source explained the price list available from the Homs province drinking water and sanitation department is from before the price hike occurred.

This old list shows that a half-inch-sized meter previously cost around 29,400 Syrian pounds ($8.34) in total to purchase and install.

Though the cost now is over 80,000 Syrian pounds ($22.70), the source explained the price list has yet to be updated since sales have paused.

Russian-backed Syrian regime forces killed 12 civilians, including 4 children, in an attack on an Idlib town in late October, according to a report by Human Rights Watch published on Wednesday.https://t.co/9g2Coqyc0v

They confirmed that the water meter price has doubled, adding that installation costs differ from city to city.