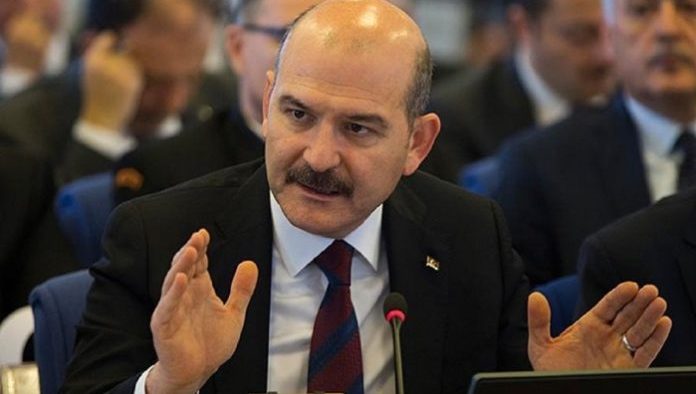 Turkish Interior Minister Süleyman Soylu has said in response to a parliamentary question that 16 guns went missing in Turkey during a coup attempt on July 15, 2016, the ANKA news agency reported on Thursday.

Sezgin Tanrıkulu, a deputy from the main opposition Republican People’s Party (CHP), had asked about the guns that were said to have gone missing during the attempted coup in a parliamentary question addressed to Soylu on July 14, 2021.

According to ANKA, Soylu replied to the MP’s questions on March 15, saying a total of 16 guns — 11 Kalashnikov rifles, three G3 service rifles and two MP5 machine guns — went missing during the 2016 coup attempt.

“The guns reported to be lost or stolen … are being searched for throughout the country. Our law enforcement officers search parks, gardens, university and other school areas … and public workplaces in order to prevent the use and sale of unlicensed weapons,” Soylu added.

The minister failed to reply to questions asking which government authorities were responsible for the missing guns and whether an investigation had been launched into those individuals, ANKA said.

Mustafa Maraş, a man who was tried for killing tractor driver İdris Demircioğlu and injuring his brother Cesur after a dispute on July 30, 2016, in Ankara province, said in his defense that he had received the gun he used in the murder — an MP5, a submachine gun generally used by military, law enforcement, intelligence and security units around the world — from the Ankara police on the night of the failed coup.

On Oct. 25, 2021 İstanbul police also stated that they had found an MP5 in an abandoned building in Beyoğlu.

According to figures released by the Interior Ministry, the number of guns reported to be lost or stolen in Turkey increased from 91,120 in 2015 to 107,628 in 2016, the year when the July 15 coup attempt that killed 249 people took place.

Sedat Peker, the head of one of Turkey’s most powerful mafia groups and once a staunch supporter of President Recep Tayyip Erdoğan, claimed in 2021 that unregistered guns were handed out on the night of the coup attempt and afterward under the coordination of the then-minister of labor Süleyman Soylu.

Peker said a box of unregistered AK-47s was taken from the Esenyurt district of İstanbul to the Balat neighborhood in the city’s Fatih district in a car belonging to a youth branch official from the ruling Justice and Development Party (AKP) one night in the first week of August 2016, less than a month after the abortive putsch.