By beating and coercion, Turkish authorities deport 34 Syrians to Idlib

By beating and coercion, Turkish authorities deport 34 Syrians to Idlib 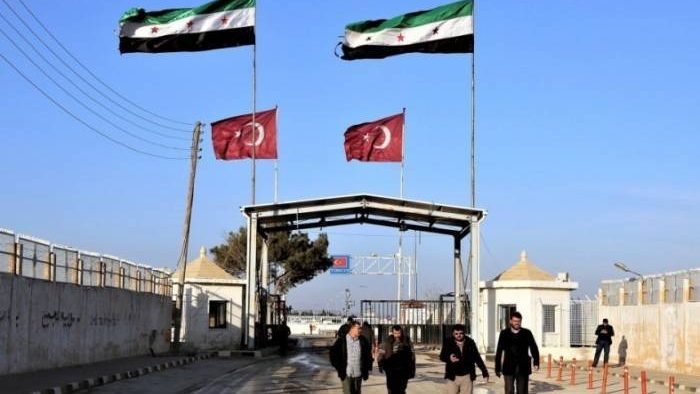 The Turkish authorities have deported 34 displaced Syrians holding a “temporary protection” (Kimlik) card to the Idlib region through the “Bab al-Hawa” border crossing separating the two countries, north of Idlib province, under coercion and torture, during the past 48 hours.
One of the deported persons said in audio recordings via WhatsApp, “Last Sunday, the Turkish authorities asked the Syrian people detained in the deportation center to go to the square, and they told us that the director of the center wants to speak with you, promising to solve the problem and release us.”
He added that the detainees were severely beaten and forced to sign the “voluntary return document”, stressing that “there are people who have endured the torture they were subjected to and did not sign the deportation document, and there are people who could not bear the torture and had to sign the return document.”
The spokesman indicated that the officers took him to an office, and then severely beat him, after which they brought the deportation document and asked him to sign it, and he signed it under duress, and asked him to write: “My name is Zain. I want to go to Syria voluntarily, with my signature.”
The same spokesman pointed out that “there are people who cannot write or read, so the elements wrote in their place and asked them to sign the writing, without understanding or knowing what was written on the paper.”
He explained that “after two days of beating and torture, they were deported from Bab al-Hawa gate to the Idlib region, under duress, coercion and torture,” noting that “any sounds they made within the deportation center subjected them to beatings with sticks.”
A month ago, the Turkish authorities had deported about 157 people through the Bab al-Salama border crossing north of Aleppo province, most of them holders of the “temporary protection” card (Kimlik), and others with university cards, in addition to people holding a work permit issued by the Turkish Chamber of Commerce with a document formal.
Turkey already hosts some 3.7 million Syrian refugees, the largest refugee population in the world, and Erdogan said it was taking steps with some difficulty to prevent another wave from crossing its border.
The Syrian conflict has claimed 500,000 lives and has displaced 13,2 million people since it erupted in March 2011 with the brutal repression of anti-regime protests.