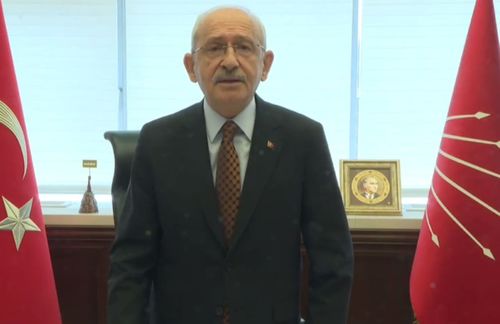 Republican People’s Party (CHP) leader Kemal Kılıçdaroğlu’s electricity has been cut off after refusing to pay the bills due to increased prices.

“Just got news from my spouse, they cut our electricity today,” he wrote on Twitter. “My action is not a call for civil disobedience. It is resistance. My action is to be the voice of families and children of this country who are left in the dark.”

Releasing a video on his account later, Kılıçdaroğlu said, “Energy is a fundamental human right. It is like bread, water and air. O’ people, electricity is your right.”

Electricity prices increased by over 400 percent over the past three years, Kılıçdaroğlu noted. The government hiked electricity prices for households by over 100 percent at the start of the year, later reducing the prices slightly, following a public outrage.

Over 3.3 million subscribers’ electricity was cut because they were unable to pay the bills in 2021, Kılıçdaroğlu further said.