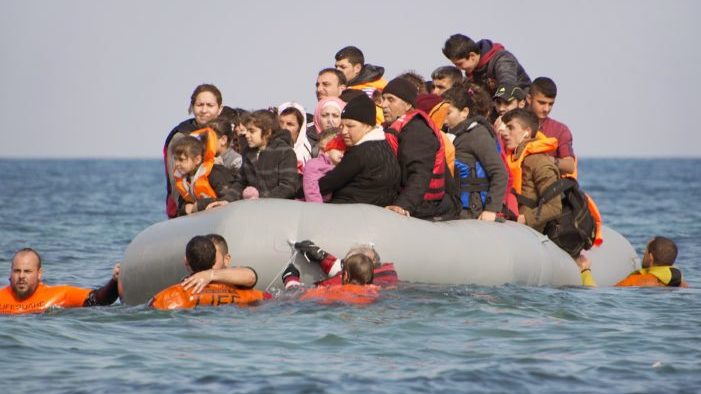 Syrian refugees at a railway station in Budapest in 2015. (Photo: Wikimedia Commons)

Russia’s invasion of Ukraine on the 24th of February 2022 has triggered one of the largest refugee movements that Europe has witnessed since the end of World War II. The UN Refugee Agency (UNHCR) data indicates that 6,080,239 Ukrainians are forced to flee to neighbouring countries due to the escalation of conflict in Ukraine as of May 2022.

After Russia began its all-out invasion of Ukraine, news of the violence upon the people of Ukraine spread quickly across Europe and triggered massive waves of solidarity among European governments and politicians. As a human being, I felt quite proud watching this valuable support for Ukrainians in need, as they were forced to leave their homeland due to ongoing war. However, as a researcher conducting studies about the refugee crisis and refugees’ labour market integration in the hosting countries, I want to raise two main questions about Europe’s response toward refugees from Ukraine.

What are the main motivations of European governments that feel so much empathy for Ukrainian refugees right now? Why did they not provide the same treatment when non-European displaced people sought asylum at the EU’s borders?

One may argue that these questions are unnecessary, given that millions of Ukrainian people had to leave their country and loved ones due to Russia’s attack. However, this is not the first humanitarian crisis, and, unfortunately, it seems that it will not be the last one either. Therefore, it is vital to investigate Europe’s response toward Ukrainian refugees to ensure all displaced people get the same treatment regardless of their ethnicity, religion, and skin colour.

European states responded to Ukrainian refugees very differently than other refugees who tried to cross their countries’ borders in the past. To illustrate, the Polish government has promised refugees from Ukraine that they can stay in Poland for up to 180 days and access the labour market, health care system and social benefits. Poland allows entry to anyone from Ukraine, even those who don’t hold valid passports.

Refugees on the Belarus-Poland border

Polish Interior Minister Mariusz Kaminski, in February 2022, stated: “Anyone fleeing from bombs, from Russian rifles, can count on the support of the Polish state.” However, only a month ago, in January 2022, the same administration was planning to spend 353 million euros on building a wall to prevent refugees from Syria, Iraqi Kurdistan, and Afghanistan. In addition, thousands of refugees, predominantly Kurdish from Iraq, have been trapped in inhumane conditions at the Belarus-Poland border since July 2021.

It is reported that at least 19 people have died since the beginning of this crisis due to poor living conditions and exposure to freezing temperatures at this border. In response to this humanitarian crisis, the Polish government sent soldiers to its border and erected razor-wire fencing to prevent asylum seekers from entering Belarus. Are Ukrainians more deserving of sympathy than Kurdish displaced people; why?

Religion identity is another disturbing factor that has played a key role in shaping Europe’s response to Ukrainian refugees. For instance, Hungary’s Prime Minister Viktor Orban often pointed out that Syrian refugees were not fleeing their home country due to war as he said: “We do not consider these people to be Muslim refugees [referring to Syrian asylum seekers]. We regard them as Muslim invaders.”

However, the same prime minister welcomed Ukrainian refugees with open arms and participating in refugee aid programmes to help them by declaring: “One doesn’t have to be a rocket scientist to see the difference between masses arriving from Muslim regions in hope of a better life in Europe and helping Ukrainian refugees who have come to Hungary because of the war.” One needs to remind the prime minister of Hungary that it is hypocrisy and racism to treat displaced people differently based on their religious beliefs/identity.

Hungary was not alone in its double standard toward Ukrainian refugees in Europe. Most European countries remained silent, turned their back and closed their doors when Syrian displaced people were trying to access the European borders in 2015. However, many European countries have relaxed their entry and visa requirements for those fleeing the war due to Russia’s invasion. For instance, Ukrainian citizens with a biometric passport can freely enter the Schengen area without a visa.

With this recent refugee crisis as a backdrop, one can see the double standards and racist policies in Europe’s refugee responses. There are no calls from Brussels today to detain refugees fleeing Ukraine for up to 18 months; there is no European leader who mentions the building of walls at the border to prevent Ukrainians.

I have no doubt that people forced to leave Ukraine made significant sacrifices by abandoning their homes, friends/families, college, and jobs to reach a safe country. Therefore, EU solidarity toward people fleeing the horrors of war is quite valuable in meeting immense humanitarian needs. However, it is a hypocrisy that the same European leaders who want to build walls rather than open their borders to non-European refugees are now welcoming and helping the Ukrainians.

European leaders’ discrimination dehumanizes the displacement experiences of non-European refugees. The core principle of asylum must be based on universal human rights, not location proximity, religion, or ethnic identity of displaced people. An asylum seeker is an asylum seeker; it does not matter whether European, African, American, or Asian. If European leaders had genuine concerns about the displaced people, they should have implemented the same welcoming policies for all asylums regardless of their gender, ethnic background, and religion because each asylum seeker deserves to get equal treatment as a human being. European leaders must know that humanitarian crises in non-European countries are not much different from Ukraine’s. People and children are dying from war, starvation, and lack of necessities in Syria, Afghanistan, and Yemen as it is in Ukraine right now. (CA/VK)