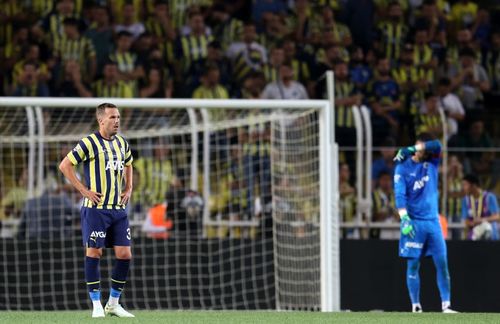 The chant started after the Kyiv team’s first goal and was accompanied by most of the fans in the grandstands.

As Dynamo Kiev managed to get through to the next round after winning 2-1, its manager, Mircea Lucescu, also a well-known figure in Türkiye, refused to attend the post-match press conference in protest of the fans’ behavior.

What led to the Putin chants was the “exaggerated gestures” of some Dynamo players after the goal, the club said. “Whatever the reason may be, we, as the Fenerbahçe Sports Club, do not accept the reaction that arises from some of our stands.”

The chants “don’t reflect the institutional stance of our club in any way,” said Fenerbahçe, adding that it was the first club to react against Russia’s invasion of Ukraine that began in February.

The club also noted they had a friendly game with Shakhtar Donetsk in April under the slogan “Football for Peace.”

“It is also not a just and fair approach to attribute this chant, which never represents the stance and values ​​of our club, to all our fans and to attribute responsibility to our club,” it added.

The UEFA yesterday announced that it had launched an investigation into the incidents.

“An ethics and disciplinary inspector will conduct a disciplinary investigation regarding alleged misbehavior of Fenerbahce supporters,” it said in a statement.