Israel must end the occupation to ensure its security

Israel must end the occupation to ensure its security 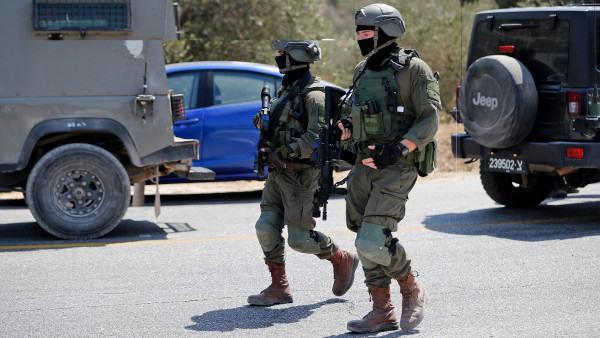 Israel gets nervous every time talk emerges about the revival of the Iran nuclear deal. However, whether the nuclear deal is revived or not, Israel should wake up to a new reality: Its technological edge is slowly fading. In addition to that, American public opinion is slowly changing. Therefore, the Israelis would be better off making peace with their neighbors.

Being a tiny state in a hostile environment, Israel relied on its technological edge to secure its survival. Israeli confidence started with the 1967 war. In a preemptive strike, Israel was able to destroy the majority of the Egyptian Air Force while it was on the ground. Since then, it has acquired a pompous assertiveness that it can do whatever it wants and no one can stop it.

In 1981, Israel destroyed the Osirak nuclear reactor Saddam Hussein was building with French help. It made sure that any technology Arab countries received would be inferior to what it got from the US. Hence, Israel could make sure its neighbors had inferior capabilities. The Israel lobby at times fought a ferocious war against the American administration to prevent the sale of modern technology to Arab states. A deal to sell surveillance planes to Saudi Arabia in the 1980s faced heavy opposition from the pro-Israel lobby and Congress, even though it was a lucrative deal for the US.

However, this is changing. The region is becoming less and less dependent on US technology. Turkish-made drones have been able to push back against advanced Russian weaponry in Libya and Ukraine. Iran is developing a precision-guided missile system. The decision to confront Israel no longer depends on its neighbors’ capabilities. Now, the decision to attack depends on their intentions.

Hezbollah is producing precision-guided missiles domestically in Lebanon. We still do not know how effective they are and how much critical infrastructure they could destroy in Israel. However, the Israeli leadership is realizing that its technological edge is slowly slipping away.

Israel is against a new nuclear deal with Iran because it believes that, no matter what, Iran will pursue the bomb. If Iran builds a nuclear weapon, other countries in the region would want to have the same. How would Israel feel if it was not the only one with the capability to threaten its neighbors with annihilation?

On the other hand, Israel is trying to broker deals with regional countries through the Abraham Accords. However, recent history has shown that such agreements are reversible. After all, Mauritania normalized relations with Israel in 1999 and exchanged diplomatic missions. Ten years later, following Israel’s bloody war on Gaza, Mauritania withdrew from the normalization agreement.

At the grassroots level, the masses are against normalization; they do not see it as a step toward peace, but a violation of the Palestinians’ rights. This is why other Arab countries have not normalized relations with Israel despite the pressing danger posed by Iran.

Also, Israel can no longer rely on the US the same way it did before. Benjamin Netanyahu’s arrogance — whereby he addressed Congress, insulting President Barack Obama, and received a standing ovation — had a damaging long-term effect on relations with the Democratic Party. To add to that, there is the “wokeness” spreading in the Democratic Party. People are reviewing their past and reassessing the US-Israel partnership.

The movement against Israel is growing in the US, even among the Jewish community. Americans no longer tolerate the occupation and the discrimination against Palestinians. While Donald Trump was putting a lot of pressure on countries to normalize and giving them the incentives to do so, we do not see this urge with the Biden administration. Though it would like to see more normalization as a counterbalance to Iran, the Biden White House is not ready to use its political capital to serve Israel.

In Europe, the narrative has changed completely. More and more Europeans are fed up with the Israeli occupation and rigidity.

Can Israel be sure that, in the future, the US will block any resolution against it in the UN Security Council? Obama refrained from blocking a resolution against Tel Aviv in his last days in government. Though it was a symbolic act at the time, it is perhaps an indication of changing perceptions in the US.

This change is also partly due to social media, where the message is no longer shaped by a few powerful media networks. Now it is very difficult to hide the truth. The abuses of the Israel Defense Forces in Palestine are posted regularly. Anyone can use their mobile phone to take a snapshot and post it for the world to see. It is becoming harder and harder for Israel to frame the occupation as benign.

The world is changing, the US is changing, the region is changing and Israel should realize that it is not as secure as it was before. It does not have the technological edge it used to have or the international support. And the deals it has signed can be reversed at any time. Israel can be sure that, if the Abraham Accords become a liability, the other parties can simply withdraw. It is now time for Israel to realize that the only way to ensure its security is to remove the reason for its neighbors’ animosity. It must end the occupation and the sooner the better.

•By: Dr. Dania Koleilat Khatib is a specialist in US-Arab relations with a focus on lobbying. She is co-founder of the Research Center for Cooperation and Peace Building, a Lebanese NGO focused on Track II.