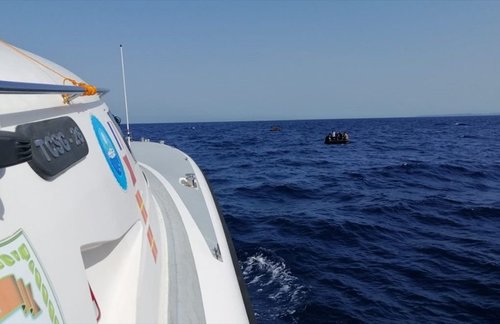 The office of the United Nations High Commissioner for Refugees (UNHCR) has condemned the “humiliating treatment” of refugees on Türkiye-Greece border.

“The UNHCR is deeply stressed by the shocking reports from and images of 92 persons whose clothes have been taken off, stated to be found on Greece-Turkey border,” the commissioner’s office wrote yesterday (October 16) on Twitter.

“We condemn such cruel and degrading treatment and call for a full investigation into this incident.”

BBC Turkish service reported that the European Border and Coast Guard Agency, Frontex has announced that most of the 92 were men coming from Afghanistan or Syria. It is not yet clear why the migrants did not have their clothes on.

Greece and Turkey have put the blame on each other regarding the incident.

UNHCR is deeply distressed by the shocking reports and images of 92 people, who were reported to have been found at the Greek-Turkish land border, stripped of their clothes.

We condemn such cruel and degrading treatment and call for a full investigation into this incident.

“Illegal migration as an instrument”

According to Euronews, the authorities in Grece said that some of these refugees who entered Greece passed through the Maritza river, which makes up the border between the two countries.

Takis Theodorikakos, the Minister for the Protection of Citizens in Greece said in his statement on the event, “They are brought to the border with the military vehicles of Turkey. Turkey is using illegal migration as an instrument.”

The Ministry of Migration and Asylum of Greece said on October 16 that “The provocative actions of Turkey have exceeded all limits.”

“The Greek machine for lying is again active,” he wrote. “Greek authorities should, first of all, give an account of the babies drowned in the Aegean because of them, with the cooperation of Frontex or the people whose clothes they have taken off and who they have beaten with belts and who have frozen to death on Maritza.”

Altun invited Greece to “give up its degrading attitude towards migrants at once, to stop the ungrounded and false accusations towards Turkey and to act as a serious state.” (SD/PE/VK)