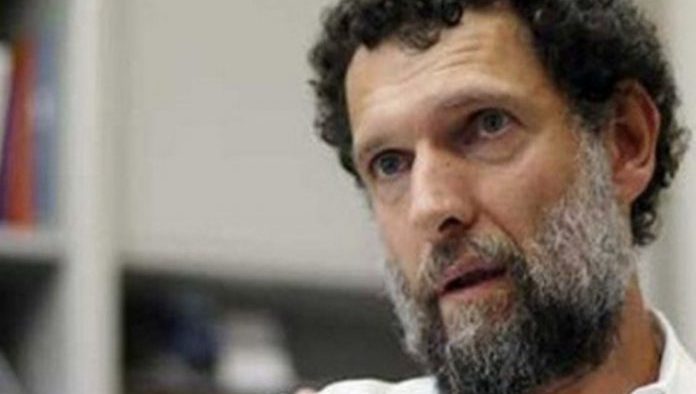 Turkish human rights activist and philanthropist Osman Kavala underlined in a letter sent from prison that he has spent 15 months in pretrial detention and still has not been indicted.

Kavala said in the letter that appeared in Turkish media outlets on Friday that the fact that he has not once been questioned by a prosecutor and his requests for release have been denied for 19 times indicates a belief among authorities that his pre-trial detention is reasonable.

Despite the lack of any indictment, Kavala is accused in the pro-government media of organizing and financing the anti-government Gezi Park protests of 2013. President Recep Tayyip Erdoğan refers to the protests as an attempt to topple his government and publicly accuses Kavala of being among the financiers of the Gezi protests.

Last month, Council of Europe (CoE) Commissioner for Human Rights Dunja Mijatović  submitted an opinion in a case brought by Kavala against the government of Turkey at the European Court of Human Rights (ECtHR).

She described the incarceration of Kavala as part of increasing pressure in Turkey on the legitimate activities of human rights activists and civil society organizations.

Kavala was detained in October 2017 and subsequently jailed pending trial, accused of seeking to overthrow the government as part of an investigation into the Gülen network, which Ankara accuses of carrying out a 2016 failed coup.

Previous Article
US might take action against Turkey for its gold trade with Venezuela – U.S.
Next Article
Turkish actress arrested for spreading ‘terrorist propaganda’ during performance