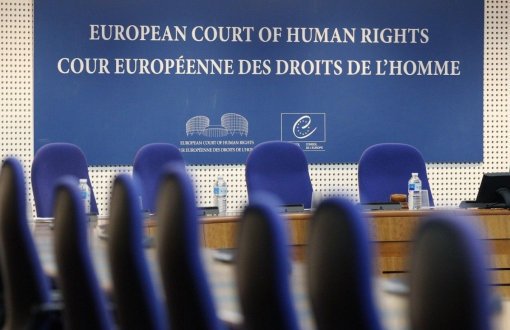 The ECtHR has again convicted Turkey in an appeal made against the legal practice stipulating that the convicts who have been sentenced to aggravated life imprisonment shall serve time in prison without a possibility of being released.

The European Court of Human Rights (ECtHR) has again convicted Turkey for the “aggravated life imprisonment without a possibility of release.”

Announcing its judgement on Civan Boltan, a convict with disabilities, the ECtHR has concluded that Turkey has violated the prohibition of torture and ill treatment as per the Article 3 of the European Convention on Human Rights (ECHR). The court has ruled that Turkey shall pay 1,500 Euro (approx. 9,000 Turkish Lira) to Boltan for court expenses.

“His health doesn’t necessitate a stay of execution”

28-year-old Civan Boltan, who is currently held in Bolu Prison, was injured in 2012 while he was trying to throw a bomb at a group of soldiers. His arm was amputated and he lost the sight in his left eye after that.

In 2014, he was sentenced to aggravated life imprisonment in the lawsuit filed against him for “being a member of the Kurdistan Workers Party (PKK).” His sentence was then upheld by the Supreme Court of Appeals.

In February 2015, Boltan requested the adaptation of his prison conditions to his disability, asking not to be placed in an individual cell as specified in his sentence, so that he could be helped by fellow prisoners in his everyday life.

Two medical reports confirmed that his state of health necessitated the assistance of others, but not a stay of execution of his sentence.

His request was rejected in October 2015 by the judge responsible for the sentence enforcement, and dismissed by the heavy penal court.

On 11 December, 2015, Boltan appealed to the Constitutional Court on the ground of the incompatibility of his conditions of arrest with his disability.

After the Constitutional Court dismissed his appeal on May 18, 2016 as being out of time, Boltan applied to the ECtHR.

Same verdict given by ECtHR before

In his application to the ECtHR, Boltan stated that his placement in an individual cell amounted to inhuman treatment in view of his disability, and that the enforcement of a prison sentence for the rest of his life was incompatible with the provisions of the Article 3 of the ECHR.

In his judgement announced, the ECtHR concluded that while Boltan’s conditions of arrest do not violate the Article 3 of the ECHR, the related article has still been violated “as regards the complaint related to the irreducible nature of the aggravated life imprisonment sentence.”

According to the ECtHR, a life-long prison service is not a violation of rights while the lack of a mechanism to evaluate the sentence is a violation. (AS/SD)