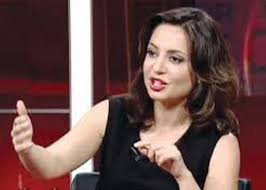 In the heart of Athens, at a minimalist conference hall overlooking the columns of the Temple of Olympian Zeus, respected Turkish journalist and researcher Asli Aydintasbas took the floor to talk about how today’s Turkey is at a crossroads.

In the context of a working breakfast jointly organized by the DIKTIO Network for Reform in Greece and Europe and the European Council on Foreign Relations, Aydintasbas spoke with pragmatism about the shifting tectonic plates of the international arena and the need for a new, redefined chapter in EU-Turkish relations.

After an engaging debate with the crowd, Aydintasbas sat down with Kathimerini to share her thoughts on the evolving relationship between Turkey and the European Union, and how Greece fits into this.

The EU-Turkish relationship under the accession framework has practically stagnated. Why is that?

The accession process is not just any relationship: It is predicated upon Turkey’s domestic evolution. Clearly that has stopped, as Turkey is undergoing a phase of democratic backsliding, to put it mildly. That is enough to show that this relationship, as it stands now, cannot progress. Beyond that, I also see no appetite in Europe or in Turkey to further this connection. With the exception of a tiny civil society, Europe has no advocates left in Turkey – certainly not its government, the opposition or its institutions. And in Europe, migration and Turkey’s own illiberal trend have decreased the number of remaining advocates. It used to be that the European left was pushing for Turkey’s accession, but Turkey lost that constituency because of its human rights issues. Meanwhile, the right continues to believe in protecting Europe as an impenetrable fortress.

Given that the accession framework seems redundant, what new relationship do you see emerging in its place?

Ultimately I think we will transition towards a more functional relationship of a different dynamic. We may end up calling it a privileged partnership or a strategic alliance – I am sure they will settle for the right name – but it will certainly be far more transactional in nature, with the customs union, energy politics and migration issues as its key components.
We all know that [Turkish President Recep Tayyip] Erdogan and Ankara don’t want the burden of the Copenhagen criteria, but I also think that Europeans are also willing – or at least they will be soon – to give up on ideals and settle for a new pragmatism. I don’t think we are far from the dawn of this new chapter, especially after Brexit. There is no realistic way for Britain to leave Europe and Turkey to come back in.

Even in the context of a new strategic partnership, it could be argued that Europe would still have the upper hand – we see that now in the runup to local elections in Turkey, with soaring prices and a weaker economy. Do you think Europe will preserve the leverage it has with Turkey in a more transactional relationship?

Indeed there is a huge outcry in Turkish society right now with regard to the economy, and Europe continues to have significant economic leverage. But the two have yet to figure out how to best restructure this relationship. The best evidence of that was the crisis in Turko-German relations back in 2017. German citizens ended up in Turkish prisons and Erdogan likened [German Chancellor Angela] Merkel’s leadership to the Nazi regime, while Germany retaliated with a travel ban and sanctions. Somehow, the escalation had a rattling effect on both sides, and they figured they had to get it back together. I think this story points to the future of this relationship. There certainly is interdependence, which is largely economic, and both sides have their own leverage. But they both suffer significantly when they use it as a stick. The incident also reduced German expectations for Turkey’s domestic evolution. Europeans are now more pragmatic, and the migration issue is seen as such an existential threat that ultimately I think they will settle for a transactional relationship. Realpolitik, after all, is a German word.

Do you think the meeting between Erdogan and Greek Prime Minister Alexis Tsipras fits into this evolving pragmatic relationship between Turkey and Europe? If so, how?

It was definitely a positive visit, and it’s important to note the value of no escalation [of tensions] in the Eastern Mediterranean. So far the Greek strategy towards Turkey was wanting it in the EU, knowing it would provide a [layer] of security. That’s no longer the case, so Greece has to deepen its relationship with Turkey. Of course this dynamic will also have to be transactional. In fact, Erdogan said it explicitly when publicly discussing the issue of [the Halki seminary]. Personally, I always found it very wrong to tie the issue of Turkish minorities in Greece under the umbrella of reciprocity. It’s a very bad legacy that we have from the end of the Ottoman Empire. But this give and take seems to be the only tool to unlock some issues like Halki. I think we are closer than before to many solutions, and there is a lot of good will towards Tsipras. You can even see it with Erdogan’s body language, and of course public opinion.

That said, a large segment of Greek society remains skeptical toward Turkey and often sensationalizes security threats far more than Turkey does, which could be a thorn in this future you describe. How do you see that changing in the future?

A few years ago, the AKP government was perceived by Greece as a non-nationalist option. That chance is now lost, as this is surely not the case anymore. Having said that, the good will between two societies that have not taken substantial steps in their bilateral issues has remained. What I think is different today is that Turks are visiting Greece far more often, and frequently even choosing to settle down and live there. This creates a more sophisticated understanding of the plurality of Turkish society. I think that, prejudices aside, no country knows Turkey better than Greece, so that softens the outlook. Do not underestimate the impact of this booming political diaspora and the increasing visits. Today, Greece is spoken of in beautiful terms among the Turks. Things have already changed.