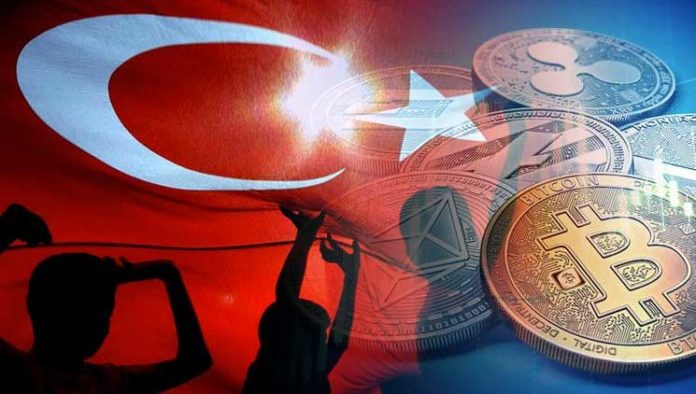 The Chief Strategy Officer, Meltem Demirors, published a graphic in which it is possible to see that the country with the largest number of crypto holders is Turkey. As per this report, 18% of Turks answered that they own virtual currencies.

This is the highest number in Europe. Just 9% of the average European consumer answered that it owns cryptocurrencies. The graphic shows that there are only 5 countries over 13 that have a higher number of individuals owning virtual currencies.

Turkey is followed by Romania with 12%. Luxembourg, Belgium and France have been the worst performing countries with 4%, 5% and 6% respectively. Romania is a country that has different companies operating in its soil and that are offering crypto-related services.

Turkey has experienced an economic crisis in 2018, similar to what happened to Argentina during the same year. Their currencies devaluated against the US dollar and inflation started to grow. Because of this situation, Turks started to search for virtual currencies as a store of value. 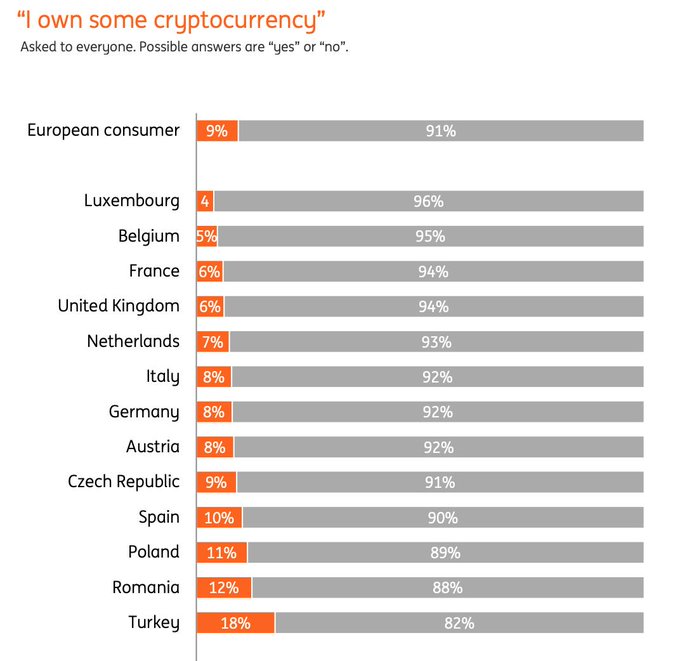 For example, on August 10, 2018, the Turkish Lira lost more than 20% of its value in just a day. Thus, this triggered a larger interest in digital currencies and Bitcoin (BTC) in the country. According to Cobra Bitcoin, there has been a massive increase in visitors to Bitcoin.org from Istanbul during the crisis period.

There’s been a MASSIVE 42% increase in visitors to http://Bitcoin.org  from Istanbul as the Turkish Lira plummets. This is how Bitcoin takes over the world, not through ETF’s and “HODL”, but through replacing fiat currencies as they fall apart!

760 people are talking about this

Moreover, Turkey has a younger population compared to other European countries. This is something that could be related to a higher adoption rate of digital assets. Although there are no specific regulations against Bitcoin, the president of the country Tayyip Erdogan asked citizens to convert their dollars into the Turkish Lira.

Cryptocurrencies are expanding all over the world and developed countries are not necessarily going to be those adopting them faster than developing nations. The same is happening in Venezuela where the situation is critical and in Argentina, where the Peso lost more than 50% of its value in just a year.