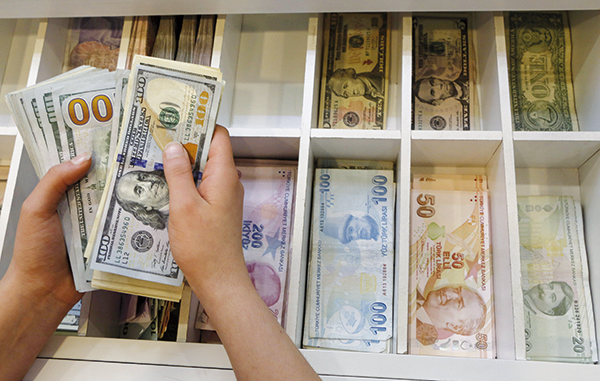 ISTANBUL, March 1 (Reuters) – Turkey’s lira eased around 1 percent against the dollar on Friday, weighed down by concerns over inflation data and cheap bank loans, as well as a broader easing of emerging market currencies in the face of rising U.S. Treasury yields.

“The sell-off to a degree can be attributed to worsening sentiment towards emerging markets, particularly towards high-yielding EM currencies,” said Piotr Matys, emerging markets forex strategist at Rabobank.

The currency has been relatively stable in recent weeks, compared to the sharp volatility last year when it lost nearly 30 percent against the dollar on concerns over central bank’s independence.

Matys also cited a 25 billion lira package for small- and medium-sized businesses announced on Friday, which he said could be interpreted as a sign that authorities were seeking to boost growth ahead of March 31 local elections.