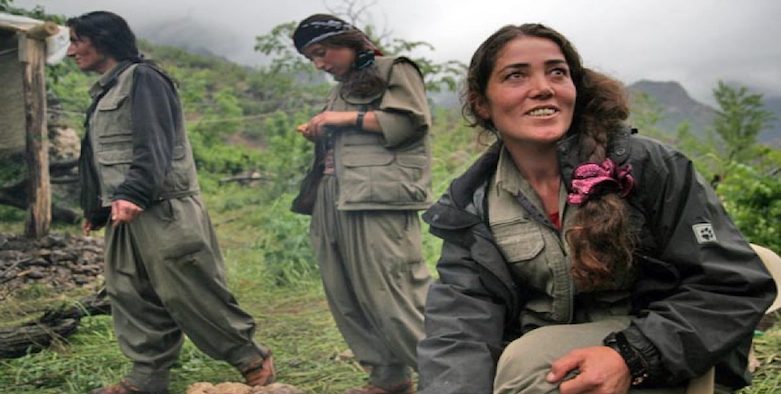 Being known as partners within the framework of Astana peace process for Syria, Tehran and Ankara have welcomed the idea of further regional cooperation. However, recent reports of a joint Iranian-Turkish military operation against PKK, declared by the Turkish officials, have met with Iran’s rejection.

Tabnak – Being known as partners within the framework of Astana peace process for Syria, Tehran and Ankara have welcomed the idea of further regional cooperation. However, recent reports of a joint Iranian-Turkish military operation against PKK, declared by the Turkish officials, have met with Iran’s rejection.

Turkey said Monday it had begun a coordinated operation with Iran targeting the militants near its eastern border, a rare public acknowledgment of their collaboration against Kurdish separatism.

Turkish President Recep Tayyip Erdogan said in an interview with Kanal 7 on Monday evening that the two countries had been discussing the operation for some time: “More will come. Both the Iranian side and our friends are maintaining their determinations on joint operations.”

A day before, Turkish Interior Minister Suleyman Soylu had said Turkey and Iran launched a joint military operation against Kurdish militants along the mutual border between the two countries. “We will announce the outcome of the operation later. We will eliminate [the terrorist PKK],” he said.

The source, however, said, “The Armed Forces of the Islamic Republic of Iran will severely counter any group that intends to create insecurity in our country.”

Over the past few months, Turkish ground and air forces have been carrying out operations against PKK positions in the country as well as in northern Iraq and neighboring Syria.

In January 2018, Ankara launched a cross-border military operation inside Syria, code-named Operation Olive Branch, with the declared aim of eliminating the Syrian Kurdish militants of the People’s Protection Units (YPG).

The YPG forms the backbone of the so-called Syrian Democratic Forces (SDF), an anti-Damascus alliance of predominantly Kurdish militants supported by the United States. Ankara views the YPG as a terrorist organization and the Syrian branch of the PKK.

As for the issue of a potential joint Iranian-Turkish operation against PKK, Almonitor believes that Ankara’s longtime wish in this regard would not be realized. The article argues that the idea of such an operation is not realistic because of Turkey’s position in Syria. “Some may say that Iran could press on the PKK because it is supporting the Kurdish groups in Syria. This could sound logical but why should Iran take such a risk for the sake of Turkey?”

It should be noted that Iran has had its own struggle with the PKK’s Iranian offshoot, the so-called Kurdistan Free Life Party (PJAK), which has waged several terrorist attacks in western Iran over the past years. The terror group carries out attacks in parts of Iran’s West Azarbaijan province which borders Iraq, Turkey, and Armenia.