Ardern and Erdoğan: The difference between greatness and partisanship

Ardern and Erdoğan: The difference between greatness and partisanship 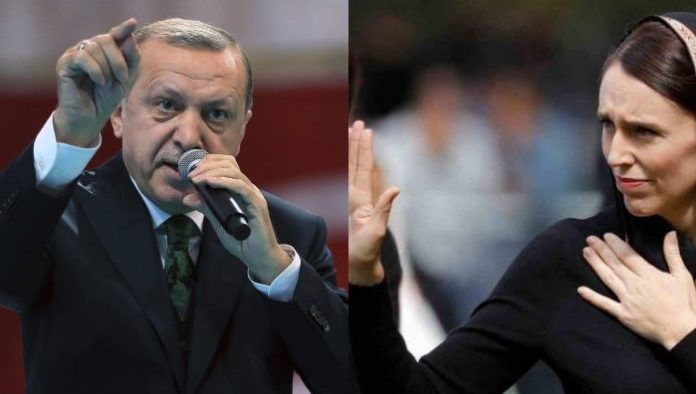 Politics is like a ladder that consists of four steps. On every step, a politician should pause and mature. If a politician who climbed all the way up is not sufficiently mature, he/she will return to square one: that is, fanatical partisanship.

Those politicians who enlighten themselves sufficiently on their way to the top are transcended into a symbol of universal values.

Every politician transforms himself/herself into a partisan on the first step. He/she takes a position in a party organization. In this stage he/she is a gear in the bigger machine called the party. Here there are two paths: Either he/she attracts attention and climbs to the second stage, or he/she is left to oblivion.

Second Step: Being a real politician

A politician who is loved by the grass roots is meant to climb higher. This stage requires a genuine zeal to know the different walks of life in society instead of being stuck in the political echo chamber of the party. This path leads to becoming a real politician who is not a partisan that polarizes communities. Volunteering for local managerial duties in this stage gives the opportunity to socialize with other party members.

In this step the politician faces the cold reality of the state with its bureaucracy and constitutional structure. A visionary politician who understands the limits of what he/she is capable of easily grasps that the state is just a tool, not an objective, that the real target is the happiness of individuals and the society. Reaching this stage, the politician should stay away from partisan bigotry and leave aside the cheap tactics of dirty politics. By doing so, he/she may become a bridge between the state and its citizens, a bridge that bears much responsibility.

To become an international political figure, a politician should have a universal vision and action plan without disregarding the national interests. Many politicians, however, cannot reach that step, losing their energy with local matters.

Based on the classification above, I would like you to pay attention to two political leaders of our times: One is Turkey’s partisan President Recep Tayyip Erdoğan, and the other is New Zealand’s Prime Minister Jacinda Ardern.

He was a partisan in the Islamist Milli Görüş movement and now-closed Welfare Party (RP). It was easy to speak freely and even sharply against opponents, and it was normal to be immature at this stage. For a partisan politician, having empathy with opponents and even understanding opposing ideas and lifestyles were not simple.

Destiny led him a new path. When he was elected as the mayor of İstanbul in 1994, he was able climb to the second step: being a real politician. His performance at this stage brought him to the office of prime minister of the Turkish Republic. During his early years in office, his reformist and democratic attitude in negotiations with the European Union for accession made Erdoğan an international figure. He was about to become a symbol of the compatibility of Islam with democracy. But it did not go well. Why?

Dizziness at the heights

Erdoğan unfortunately could not bear the burden that his political path put on him. As he could not embrace the necessary maturity of an international political figure, of a statesman and of a real politician, he returned to the first step.

According to Turkish democratic tradition and constitutional experience, even a president can be a member of a political party, but he must be impartial. Therefore, he had to be inclusive to all segments of society. But he did not do that.

Why did Erdoğan’s party invent the term “party-member president,” which allowed presidents to be the chair of a political party and put it into the constitution? Because Erdoğan turned back to his starting point, a stage of immaturity. Even though he calls himself a “party-member president,” he is in fact a “partisan president.” Those who don’t vote for him, who don’t support his policies, who criticize his actions are an enemy for him. That is how a partisan mind works.

In New Zealand a brutal terrorist attack occurred a few weeks ago. During Friday prayer, a terrorist attacked a mosque, killing 50 people. After this incident New Zealand Prime Minister Ardern gave an excellent performance that proved how a national politician can become an international symbol in hard times.

Jacinda Ardern started her political career at 17 when an aunt convinced her to become a party member. Being a student leader at university and her political activism paved the way to the second step. We can clearly see from her performance during the terrorist attack that her position as advisor to former British Prime Minister Tony Blair gave her the maturity of statesmanship.

Those who find her being a prime minister at the age of 36 strange were also curious about her giving birth while she was in office. Some probably thought she couldn’t handle the situation after the deadly terrorist attack.

However, she carved something extremely positive out of this terrible tragedy, performing out-of-expectations. Quite frankly, many leaders would have failed. Standing with the victims, stressing the importance of human rights and human life, and embracing all walks of life in New Zealand society made Ardern an international figure. Now we have a leader who gets a standing ovation in every modern country.

The prime minister of New Zealand and Erdoğan’s ways crossed right after the mosque shooting. While Ardern was making an effort to build bridges between communities, Erdoğan did not hesitate to display the video footage of that brutal attack at his election rallies to consolidate his constituency. He was aiming to garner support from the killings. That was the difference.

In politics every step gives you a new rank. If you’re not worthy of that rank, you eventually return to the starting point where you have nothing but your tribe. As Erdoğan’s self-destruction is a saddening tragedy, Ardern’s success stemming from the maturity acquired during her path is an epic that spreads joy in humanity.

Tags:
Previous Article
HDP MP Paylan: Not a Single Objection by HDP is Accepted Throughout Turkey
Next Article
Turkey and the West