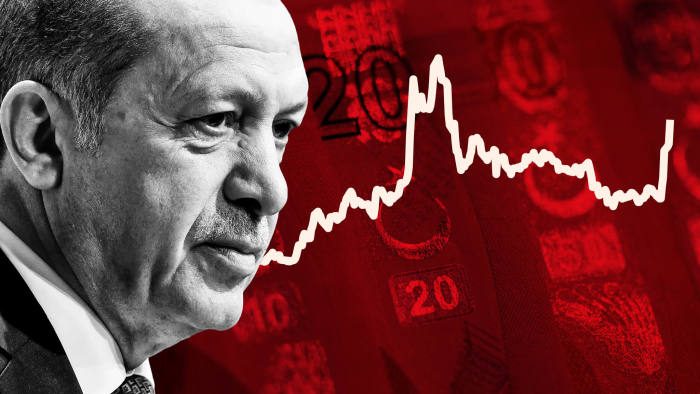 For several months up until the nationwide elections in 81 municipalities President Erdogan aggressively pursued an unorthodox policy to sway voters and provide his ruling Justice and Development Party (AKP) an overwhelming majority victory. However much to his dismay his economic tactics fell far short as the opposition parties secured victories in almost half of those municipalities particularly in major cities such as Istanbul, Ankara and Izmir. Notwithstanding Erdogan’s post-election and economic policy remains unchanged and should it continue Turkey’s economy could become unhinged as outlined as follows:

The aforementioned economic data were compiled from the following Financial Times articles:

According to the on-line Mideast publication Al-Monitor article, Turkey Seeks Alternative Oil Sources as US Ends Waivers Sanctions, 26 April 2019, Iran was formerly Turkey’s # 1 oil supplier as late as July 2017 supplying almost 37% of its oil imports. By November 2018 Iranian oil imports were zero to comply with US sanctions but leapt to the March 2019 level of 97,000 bbls/day.

Another article from Al-Monitor 26 April 2019, As Food Prices Soar, Ankara Wobbles on Solution, provided the following sobering statistics with respect to food:

Finally Erdogan’s Justice and Development Party (AKP) took an electoral beating in the nationwide electoral elections of particular note large urban cities such as Izmir, Ankara and Istanbul, Erdogan’s home base. With respect to the Istanbul election result, according to The Soufan Center, a non-profit research organization on global security issues, in their 11 April 2019 report Turkey at the Crossroads, the AKP lost the election by a wafer-thin margin by some estimates between 16,000- 25,000 votes of 4 million votes cast. Erdogan has strongly requested a recount which has yet to be decided by Turkey’s electoral commission. His over-the-top efforts for this recount instead of focusing on more serious economic issues are disturbing for investors.

Because of Erdogan’s insistence well after the municipal elections to maintain the same unorthodox and damaging economic policies under present-day conditions, it’s difficult to determine whether he’s willfully ignorant or willfully negligent, a strategy that even some in his own party are now questioning.

Turkey has already past the point of no return to enable it to weather future financial shocks, particularly a global recession, or defend its currency with the current financial resources. As I articulated in my SA article 20 December 2018 Turkey and The IMF: Inevitable Partners his political survival and credibility within his party is to compose a creative face-saving narrative and seek international financial assistance immediately.

Turkey’s situation is described by some as “high risk, high return market” however I see nothing but downside when one factors in Erdogan’s continued intractable and stubborn political stance unable to change course with painful yet necessary economic shock-treatment policy changes.

For investors in the emerging market Turkey represents a major red flag in the portfolio and serious considerations should be made to divest of Turkish or Turkish-related holdings.

Turkey, Spain and Britain: The radicalisation of hegemonic nationalisms
NAT 1st May 2019
Submit an Op-Ed
Tweets by NewsAboutTurke1