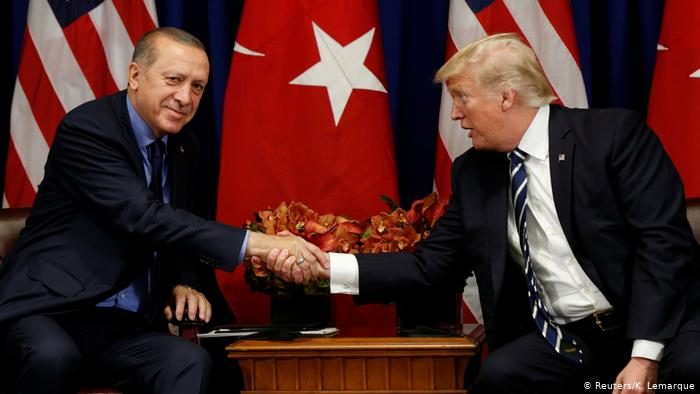 Trump, Putin, Erdogan, Orban — are all “strong leaders” who boast that they are fostering economic dominance. The truth, says Alexander Görlach, is that their countries are in decline.

The world’s so-called strongmen all describe their politics the same way: They embody the “will of the people” against a self-serving “elite.” It’s these qualities that helped them win elections.

Turkish President Recep Tayyip Erdogan was among the first politicians to employ this strategy. He described himself as a “black Turk,” a man of the people who had to protect citizens from the “white Turks,” the secular elite. Now, 15 years later, a “real” Turk, according to the president, is only someone who is like Erdogan himself. But while the president has modified the country’s constitution to grant himself more power, abolished freedom of the press and restricted academic freedom, he has also introduced a simple religiosity into large sections of society, stipulated how many children a Turkish woman should give birth to and said that homosexuality is un-Islamic. What at first might have been viewed as making politics for “ordinary people” is ultimately reduced to what the leader believes to be right.

Harmful to the economy

This is illustrated by the fact that these strongmen often claim they will reinvigorate the economy and achieve world domination. But in reality, they do just the opposite. If, as in Turkey, the president’s son-in-law is Finance Minister, then all key economic figures can no longer be questioned and controlled, should any doubts arise. The consequence is economic decline. The same can be seen in Hungary, and already in Russia. The decline is also beginning in China and has been brought about by President Xi Jinping himself for ideological reasons: If state banks grant more and more loans to companies in which the state holds shares, then there is also a danger of default. Strongmen say their views are the views of the people. Of course, such strict leadership is at the expense of freedom, including economic freedom. Donald Trump, an admirer of strongmen like Vladimir Putin, did not hesitate to give his relatives jobs in the White House. Trump had already successfully used Erdogan- and Putin-style rhetoric in his election campaign.

Unlike these countries, the United States is still a democracy, at least far more so than Russia, China, Hungary or Turkey. For these countries, you can reject the claim that the strongmen are performing well. All these countries are on the decline. When democracy goes down the drain, so does the economy.

Tags:
Previous Article
Erdogan looks to banks as Turkey teeters into recession
Next Article
Why Erdogan is terrified of Istanbul’s new mayor