What can stop Turkey’s economy from unravelling?

What can stop Turkey’s economy from unravelling? 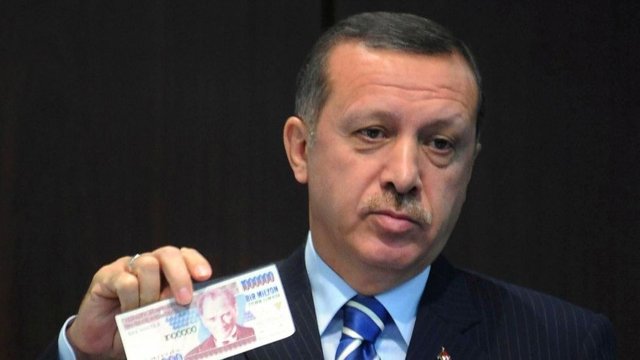 From credit-fuelled boom to currency crisis. As Turkey’s economy unravels, we ask what can be done to stop the rot.

Istanbul plays an oversized role in the Turkish economy and politics. It has been the gateway to the presidency for Recep Tayyip Erdogan and represents a third of the country’s economy.

After a quarter of a century, Erdogan lost the battle to control the financial capital but controversially another vote to elect the mayor has been planned.

It is just one of a number of issues that has many people and businesses losing faith in the country. After a credit-fuelled boom led to bust many are switching to the dollar. Foreign exchange deposits and funds rose to a record high of $182bn this month.

The lira has fallen about 37 percent since the beginning of 2018, pushing the economy into recession. The central bank has stopped short of implementing capital controls on the way governments limit the flow of money in and out of the country. During the boom years, delivered mostly through property and construction, corporations borrowed in dollars and are now finding it difficult to repay $200bn in loans.

Meanwhile, unemployment has jumped to a decade-high of 14.7 percent and inflation soared to 19.5 percent. The Turkish government has promised a series of financial reforms to revive the economy. But for now, many consumers are struggling to pay for imported goods.

Where did it all go wrong for the economy?

Our institutions are now paralysed. We need to rebuild our system by introducing a rule-based system in line with universal law, separation of powers, checks and balances. Otherwise, I believe the current system will self-terminate.

“In 2008, our GDP per capita was above $8,000 and it raised up to $12,000. But today we are below the 2008 numbers,” says Durmus Yilmaz, former central bank governor. “The reason behind it is the chosen growth model. You can’t be a big economy with the skyscrapers you build in Istanbul, Ankara or Izmir, but they can be your prestige projects.”

“Turkey shall never capitulate them. All infrastructure, canal, railway, fast train projects must continue, even with [a] foreign subsidiary. Because these are the essentials of an economy. However, a substantial part of foreign money we received has been allocated to a construction sector that feeds 750 different sub-sectors. This created a boom in the economy. But at the end, your cash flow is in local currency but your debt is in foreign exchange. So we are stuck now.”

In order to fix the Turkish economy, he says “our job is to follow token economy policies and build up the country’s interest accordingly. As the opposition, we and others say the finance and treasury minister, the president’s son-in-law, should resign. But this will not resolve the problem. This is a systemic issue. This system has paralysed the decision-making process in the economy. If you monopolise the authority, that person manages all.”

“We have to address the key trigger of the problem, which is this new presidential system, which is unique to Turkey. Our institutions are now paralysed. We need to rebuild our system by introducing a rule-based system in line with universal law, separation of powers, checks and balances. Otherwise, I believe the current system will self-terminate,” Yilmaz says.