Turkey’s President Has Four Problems at the G20

Turkey’s President Has Four Problems at the G20 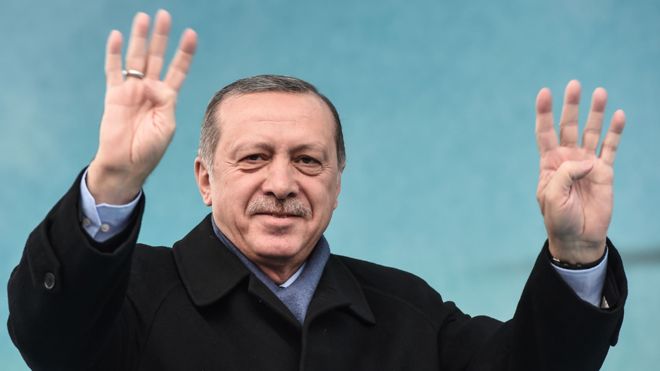 Turkish President Recep Tayyip Erdogan’s Justice and Development Party (AKP) lost the Istanbul mayoral election again. But when he meets with world leaders in Osaka, Erdogan will have even bigger challenges.

When they take their seats at the Osaka summit, the other G20 leaders will sit next to a bruised Turkish politician. President Recep Tayyip Erdoğan just lost his gamble on who would be voted mayor of Istanbul, where he began his political career in the 1990s. The opposition candidate, Ekrem İmamoğlu, defeated the AKP’s candidate by a massive margin in the rerun: nearly 800,000 votes out of 8.75 million total votes, compared to 13,700 votes on March 31. By speculating that his personal supremacy would triumph in a local contest, Turkey’s president created a new nemesis for himself—and a hugely popular one at that. The AKP’s loss in Istanbul doesn’t change Erdoğan’s standing at the G20 summit in the slightest (although top world leaders show each other little mercy). But it makes his dealings in Osaka more complicated, and he has four additional problems going into the G20 meetings.

First, Erdoğan’s priority in Osaka will be to twist U.S. President Donald Trump’s arm to avoid U.S. sanctions, following the deployment of Russian S-400 missiles in Turkey next month. He will bank on his belief that Trump’s personal stance on this issue is more favorable to Turkey than the Pentagon’s views.

But he will face a problem. What is perhaps not included in the Turkish president’s brief is explaining why Russia sold these missiles to Turkey. It was not so that Ankara could defend itself—against what, one might wonder? Moscow controls the Assad regime. And Turkey, Russia, and Iran are allies in Syria.

Rather, Moscow aimed at embedding Russia’s most sophisticated radars and associated personnel in the heart of one of NATO’s largest conventional air forces. What Ankara says is legitimate defense procurement inevitably looks to Western leaders like an abrupt pivot away from NATO’s missile defense architecture, and an unacceptable risk to the West’s fifth generation stealth aircraft, the F35. It will be hard to persuade Washington otherwise.

2. TURKEY IS LOOKING FOR OIL AND GAS NEAR CYPRUS

A second worry lies in the waters off the Republic of Cyprus, where Erdoğan has said Turkey would exercise its rights to search for oil and gas, despite maritime maps of sovereignty in the area are still highly disputed. This is a long-standing dispute, but it predictably triggered a stern reaction from the European Council on June 20 and could possibly lead to “targeted measures,” which are not exactly what Turkey’s economy needs at this stage. If European Council President Donald Tusk and European Commission President Jean-Claude Juncker have coffee with Erdoğan in Osaka, they are bound to raise this contentious issue.

3. TURKEY NEEDS MONEY FROM OTHER SOURCES

The third worry will be how to take advantage of having the world’s wealthiest and most powerful nations around the table to arrange a rescue package for the battered Turkish economy (incidentally, a major reason for Erdoğan’s defeat in Istanbul).

Yet, a bailout is a difficult proposition. Moscow is short on cash. Saudi Arabia has some hard political differences with Turkey. China (where Erdoğan will go after Osaka) has plenty of money, but Turkey sharply disagrees on its treatment of the Uighurs, a minority Turkic ethnic group living in western China. European leaders might be able to help, but their parliaments would not allow it unless the rule of law makes a comeback in Turkey. What’s left is the IMF, which Ankara doesn’t like much but is still the best option, although any money would come with some governance requirements.

Is Erdoğan prepared to change course on his fierce brand of authoritarianism, redefine his limitless notion of terrorism, and put a stop to the scandalous political trials now under way in Turkey? From all his public statements and his talks with Western leaders, it seems that he wants to keep rule-of-law considerations off the table, while still discussing trade and investment with Western countries. It will just not work that way. Optimistic pundits say that he will change course under economic pressure. The jury is still out.